As a child of the ’80s, I fondly remember Colonel Sanders – the real one, not this new actor every other commercial weirdness KFC is up to these days. All the real Sanders wanted you to do was come to eat some chicken made from his secret family recipe of 11 herbs and spices.

This Funko Pop figure of the classic Colonel Sanders has his glasses from the old commercials and carries a little plastic bucket of fried chicken. Original recipe, not extra crispy. 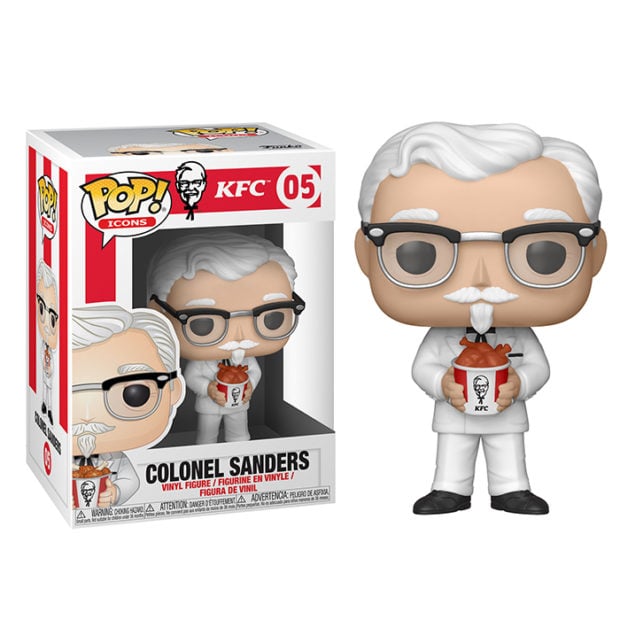 The figure is officially-licensed KFC merchandise, and ThinkGeek will sell you tiny Sanders for $12.99. While you contemplate your purchase, here’s a commercial to stoke that ’80s nostalgia and verify this is the old Sanders, not that creepy new one.