Decades after the much derided, yet highly-collectible Virtual Boy, Nintendo is getting back into the VR market. I bet you never thought you would have virtual reality for your Nintendo Switch, but you can starting this April. It’s all part of Nintendo’s Labo DIY cardboard gaming peripheral series that debuted back in 2018. 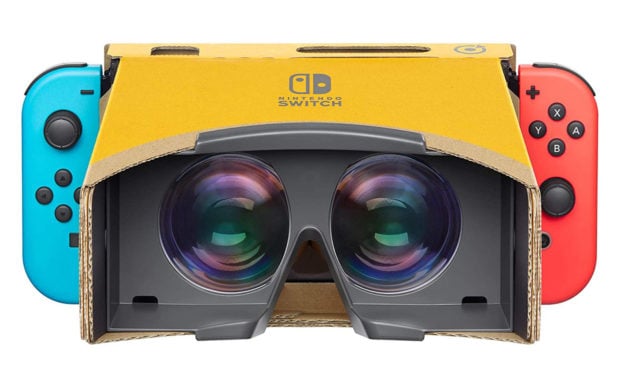 There are two versions of the Labo VR kit that you can buy. You can get a basic Starter Set + Blaster kit that includes the cardboard VR goggles and a cardboard blaster, or a complete kit that has everything, including software, goggles, the blaster plus  four other VR Toy-Con projects like the Camera, Elephant (that sounds weird), Bird, and Wind Pedal. The Starter Set + Blaster kit will cost $40, while the complete kit with all six cardboard peripherals is $80. The latter is already available for pre-order from Amazon. 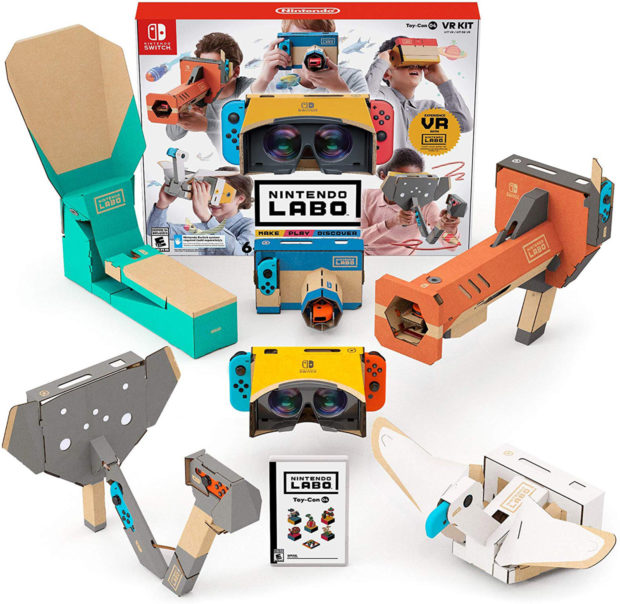 If you enjoy these Labo kits, this will be a lot of fun to play with. The Nintendo Labo Toy-Con 04: VR Kit will be available on April 12, 2019. I’m not sure how great VR will be on the Switch screen, but at least it lets Nintendo sell us more cardboard.

These Labo kits have been very popular for Nintendo ever since their launch. It’s fun to build your own accessories for the game console, and it probably doesn’t cost much for Nintendo to make these sets, so that seems to be a winning combination.

[via Kotaku via Mike Shouts]