Part of living in Colorado means dealing with potheads, and the fact that very nearly every corner of some cities has a dispensary. I think if you need to keep stoners clear from hanging out around your home or business, all you need do is play them this insane video, and they’ll think they’re having one bad trip. 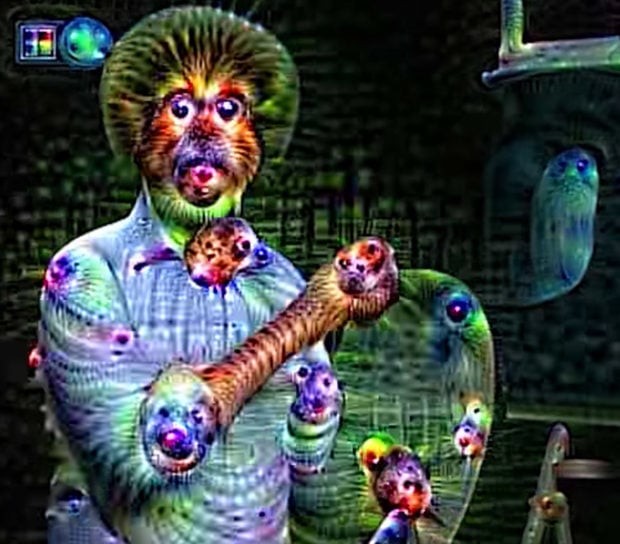 What you’re about to watch is video of artist Bob Ross processed through the nightmare factory that is the DeepDream AI.  The machine learning algorithm turns Ross and his canvas into a trippy series of seals, dogs, and cats, and Bob’s afro looks like it has found a way into the Matrix. This may well haunt your nightmares; if the visuals aren’t enough, the creepy vocal processing will make your skin crawl.

I mean WTF is this, and why does my man Bob look like he has the face of one of those weird penguin creatures from the The Last Jedi where Luke milks a teat for green milk?