It’s shower time and you know what that means. That’s right. It’s time for World 2-2 the water level. This is the perfect shower curtain for any Super Mario Bros. fan. This shower curtain looks just like the classic video game level that you know and love. 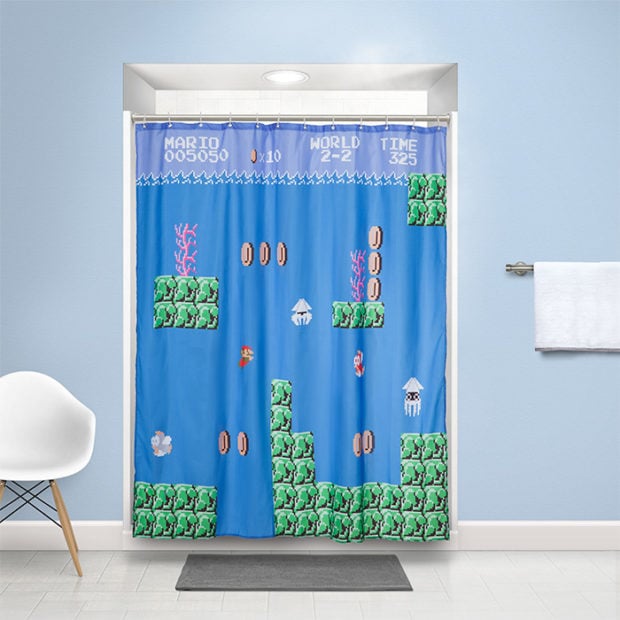 You better lather up and wash fast though, because this level only gives you 400 seconds to complete it. That’s under 7 minutes. You’ll need to watch out for those Cheep Cheeps and Bloopers too. Those Bloopers were a big pain, but otherwise, the level was pretty easy. 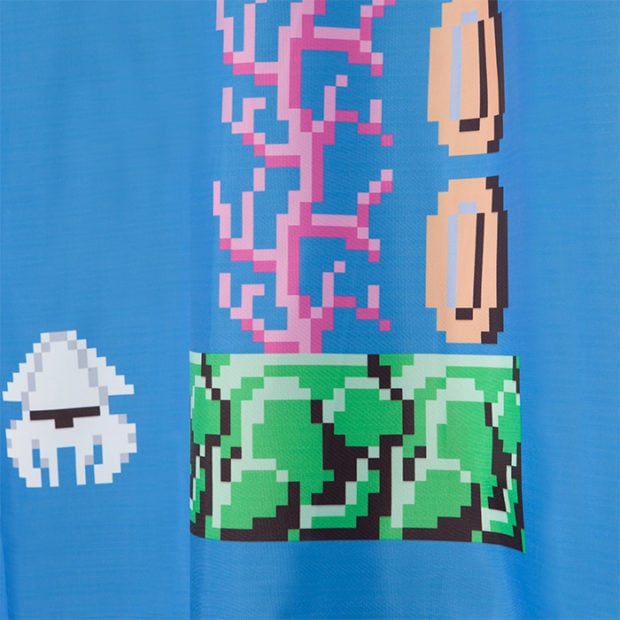 The shower curtain is a ThinkGeek exclusive and a officially-licensed Super Mario Bros. merch. If you want a Super Mario themed bathroom, this is a good way to start. I wonder if they have Super Mario toilet paper to go with. You’ll have to let us know about that, and everything else you find once you have redecorated the room completely. Spare no expense. Don’t be Cheep Cheep about it.