I know that plenty of parents would like to send their kids to Mars, and if you’re gonna do that, do it right. Build them a rover to ride around in. Hell, just build them one to ride around on Earth. That’s what cool dads do. And Kris Temmerman is a cool dad. 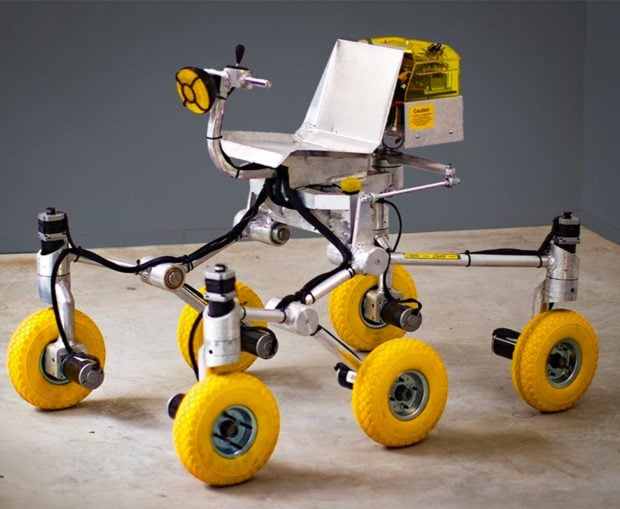 I know this, because he built this awesome Mars rover for his son. The Rover steered via a wired controller by Kris as he walks close by, and has six articulated wheels, each with its own motor drive for tackling uneven terrain. To be honest it looks like a really fun off-road vehicle. I wouldn’t mind riding around in this thing if we could up the size, speed, and give it some Bigfoot ties and a killer paint job. You can check out videos of this thing in action, and the build process below:

I bet this is what it looks like as the real deal is tooling around on Mars, except there’s a small alien riding it instead of a child; probably doing donuts and stuff, kicking up red dust. But you’ll never see that because our government doesn’t want us to know. But I do, and I will not be silenced.