My first brush with Stephen King’s IT came at a young age when I was home one-day in the summer, and found it in my dad’s bookshelf. It scared the crap out of me within a couple of chapters, and I never finished reading it. The miniseries from back in the day was just as scary. I took my daughter to see the new IT when it was in theaters, and spent most of the time waiting for jump scares so I could frighten her. I got my money’s worth; the people around me not so much.

If you enjoy having the IT scared out of you too, check out this new Monopoly game, based on the creepy franchise. 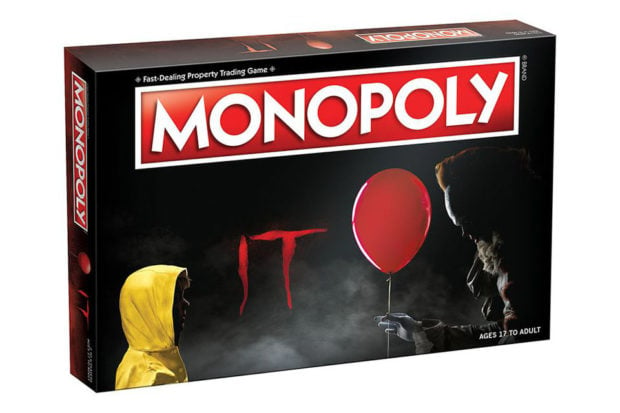 We have yet to see any pictures of the board, tokens, or game cards, but the game will have players traveling around locations from the evil town of Derry. It will include special Losers’ Club currency, and tokens that look like items from IT as well. Hopefully Pennywise will take over duties for Rich Uncle Pennybags, and one of the tokens will be a red balloon.

Monopoly: IT Edition is expected to ship this May for $39.99, and you can pre-order it now over at Entertainment Earth.