LEGO Probe Droid Ready to Alert the Empire to Your Presence

Man, some of the LEGO builds out there just look so amazing that they barely look like LEGO at all. Take this Imperial Probe Droid based on the droid from The Empire Strikes Back. It was made by Lino Martins, who is obviously a master LEGO builder. 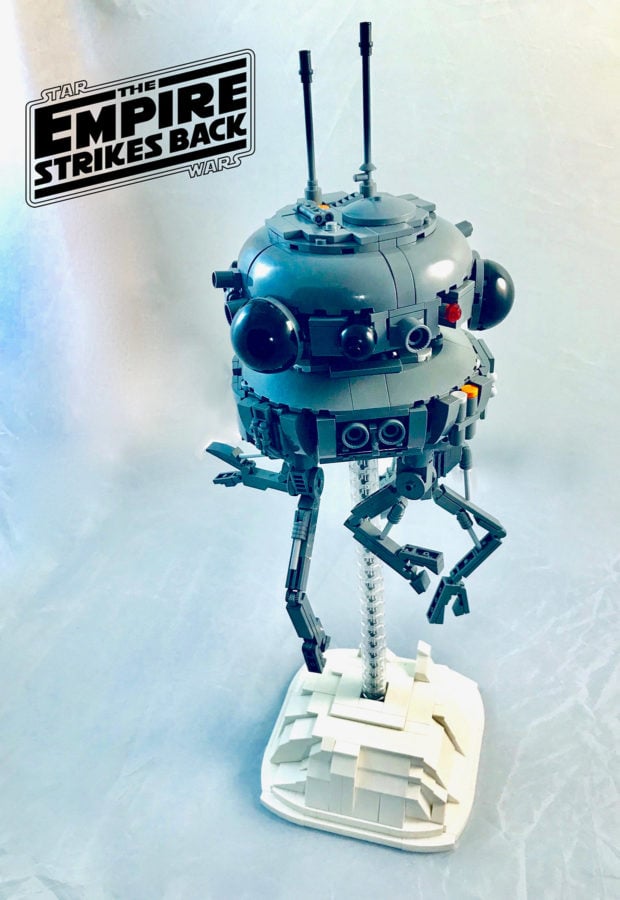 Lino put a lot of great details in this droid considering the medium. I would buy this in a second if it were an official set. If any of you have built a Hoth rebel base out of LEGO, this guy would be a perfect addition. It’s pretty much action figure quality.

I would contact Lino and ask if I could buy it, but I’m pretty sure he smashed it right after the pictures were taken because he didn’t want it alerting the Empire to his location. That’s a wise move. You always shoot the probe droid. Always.

I wish I was this good with LEGO. I can barely build a LEGO house. Lino needs to put this up on LEGO ideas, because it is a masterpiece. Or at least give us all some instructions so that we can make one for ourselves.

[via Brothers Brick via Mike Shouts]