Sorry NBA players. You are on the way out. Once they perfect basketball robots that is. This guy is the first step. Check out some videos below of the Toyota Engineering Society’s CUE 3 humanoid robot, a robot designed to shoot baskets with “nearly 100 percent accuracy.” CUE 3 is a fine name, but I think they should have named it Charles Sparkly or Lebron Mames. 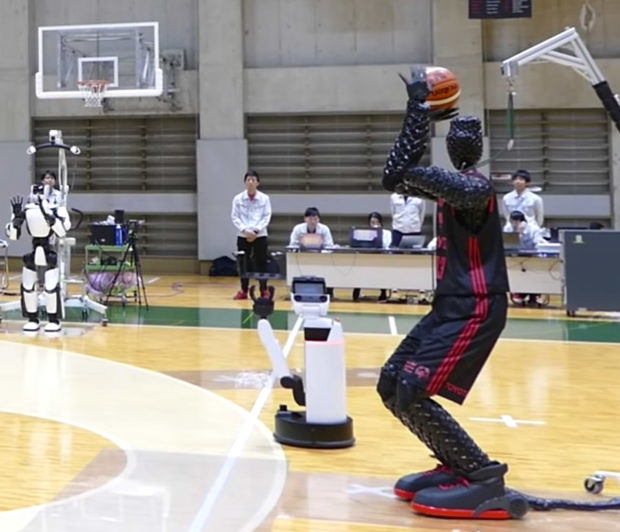 How does it do what it does so well? This robot computes where the basket is as a three-dimensional image, using sensors on its torso. Then it adjusts motors in its arm and knees to give the shot the right angle and propulsion.

I’m not sure why they had to use two other robots to hand the CUE3 the basketball though. I ain’t got time for that. Regardless, Stanford University Professor Oussama Khatib says, “What Toyota is doing here is really bringing the top capabilities in perception with the top capabilities in control to have robots perform something that is really challenging,” Khatib said.

I don’t know about you, but I’m looking forward to the RoboNBA. The inevitable is coming, folks, but will humans be in the stands or more robots? Will robots be watching at home?

[via Geekologie via Boing Boing]