The most reviled toy in the entire toy box at daycare way back in the day was the Jack-in-the-Box. It played creepy music, and you never knew when that clown bastard would pop out. If you have kids and want to scare the crap out of them in a way that a standard Jack-in-the-Box can’t, this is the toy for you. 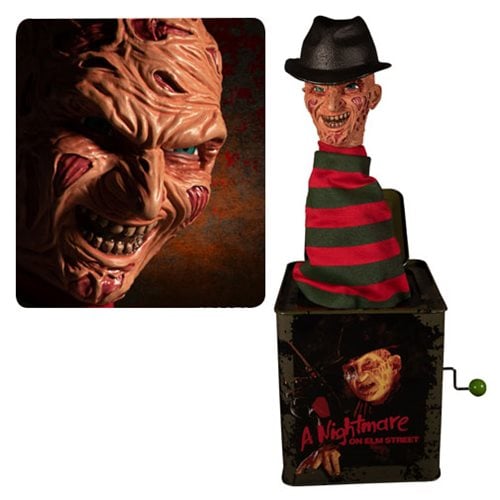 This is Mezco Toyz’ Nightmare on Elm Street Freddy Krueger Burst Box. The metal box has images of that knife-fingered nut Freddy on the outside. Spin the green handle and ol’ Fred will pop out with that snazzy red and green sweater, hat, and mincemeat face. 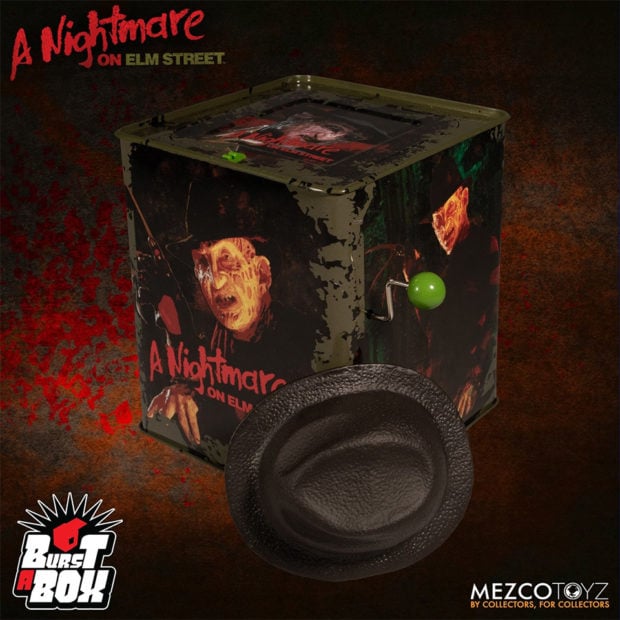 You can pre-order one now for $42.99 at Entertainment Earth with shipping starting in November 2019. 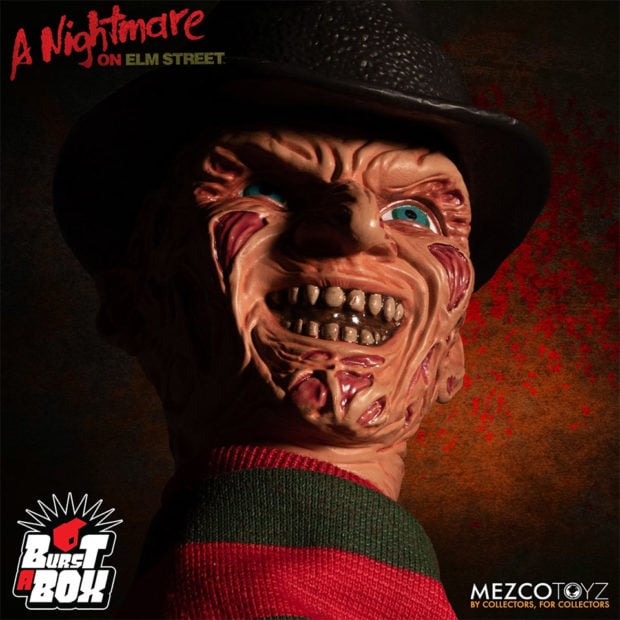