Are you worried about your man junk getting shot off by an angry ex or just by someone who likes to shoot people in the crotch? Well, worry no more – with this bulletproof underwear. There’s just one caveat. Sportsman’s Guide’s listing has them as “British Military Surplus Blast Shorts With Kevlar, Like New”. What the hell? 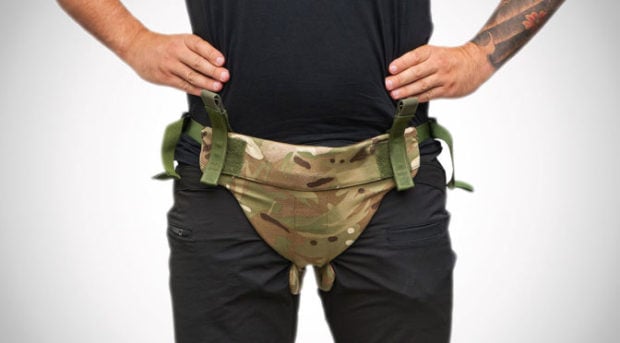 So did someone wear this already? Is it worth trading nut sweat with another dude in order to protect your junk from bullets? That’s for you to decide. Sounds sketchy to me and I’ll take my chances on a shooter. Maybe just use an industrial strength cleaner to be sure if you really have to protect your goods. 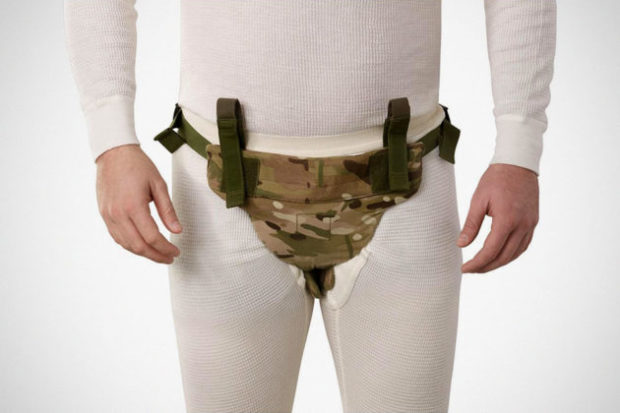 These are a genuine British military issue, and they will secure your package, with an adjustable waist belt and plastic buckles. Kevlar inserts provide the ballistic protection that you want for your privates.

My question is, does the British military have a genuine problem with troops getting shot in the dick? And if they do, what’s that all about? Are their enemies complete jerks? There are rules in war. The Geneva convention and such. I thought we all had an understanding that you don’t aim for the crotch. 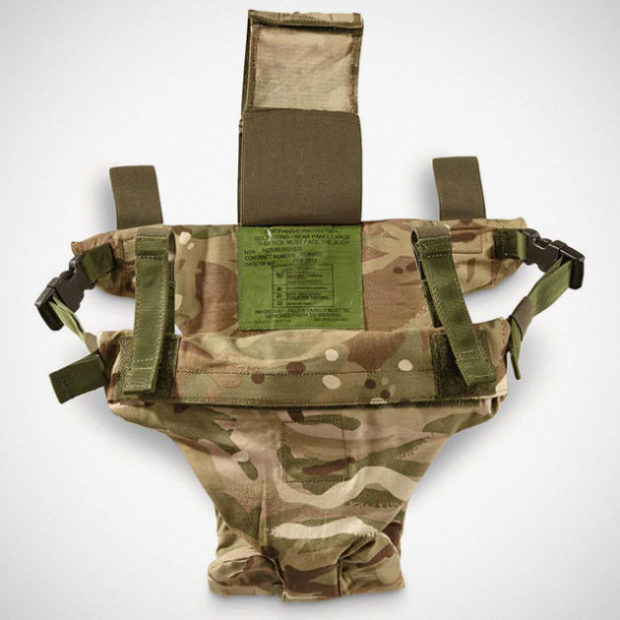