These days, everyone has a big flat-panel television somewhere in their house. While the internal speakers on TVs have improved quite a bit in recent years, the sound quality is never what I’d call “cinematic.” For true home theater sound, you need either a multispeaker surround sound setup, or one of the various soundbars on the market. If you want a single device that can truly fill a room with sound, you’ll definitely want to check out the new Sennheiser Ambeo soundbar.

I recently had the chance to go ears-on with the new Ambeo at the IFA Global Press Conference in Andalusia, Spain, and was extremely impressed with its ability to produce compelling, room-filling surround sound from a single box.

Over the years, I’ve owned and listened to a variety of soundbars, and many have claimed to produce surround without external speakers or wires. And with maybe one exception – Yamaha’s YSP series of speakers – they’ve all failed to deliver. That changes with Sennheiser’s Ambeo. 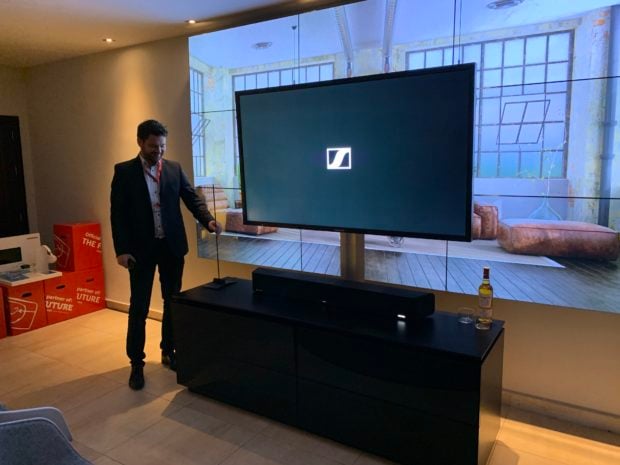 Housing 13 individual speaker drivers, each powered by a discrete class-D amp (500 watts in total), the Ambeo cranks out tremendous volume with crystal clarity. It uses a combination of acoustic wave guides, speaker placement, and digital processing to reflect sound waves off of the walls and ceiling of your room, creating a tremendous sense of space. The left to right soundstage is truly impressive – delivering sounds that appear to come from substantially further out than the 49 inch-wide soundbar itself. Thanks to a pair of top-mounted full-range drivers, it also manages to create a great sense of height, taking full advantage of the 360-degree capabilities of Dolby Atmos-encoded recordings. It’s also compatible with DTS:X content.

I found the rear surround effects to lose a little depth compared to the side surround, but the psychoacoustic effects did give me the sense that sounds were wrapping around my head. Also, there were people standing behind me at the time of my listening session, so that may have had an impact on rear channel reflections. One great thing about the Ambeo is that it comes with a specialized microphone which sits at ear-level to automatically calibrate its sound to your room, and can compensate for things like off-center placement, or oddly shaped rooms. That said, it’s optimal for use in a square or rectangular room with four walls, and placed at the front of the room, and no more than 5 meters (13 feet) from the soundbar to your walls and ceiling. 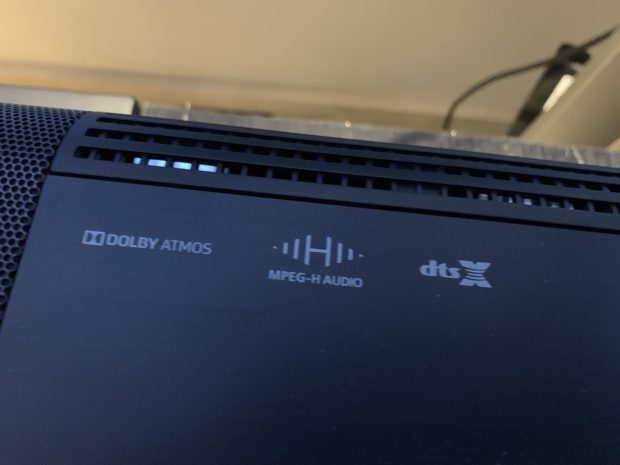 Thanks to its six enclosed 4” woofer modules, the Ambeo offers up surprisingly rich bass down to 30Hz, meaning that you can operate the Ambeo soundbar without an external subwoofer should you so choose. If you want your walls to rumble, you can add on an external amplified subwoofer of your choice via the Ambeo’s RCA output, and send low frequencies from 80Hz down to the sub. Keep in mind that to achieve its great low-end performance, the Ambeo is quite a bit deeper than most typical sound bars, measuring in at 6.69” deep. If you place it on a stand, you’ll want to make sure you have room in front of your television for it – otherwise, you’ll want to opt for the wall-mount kit. 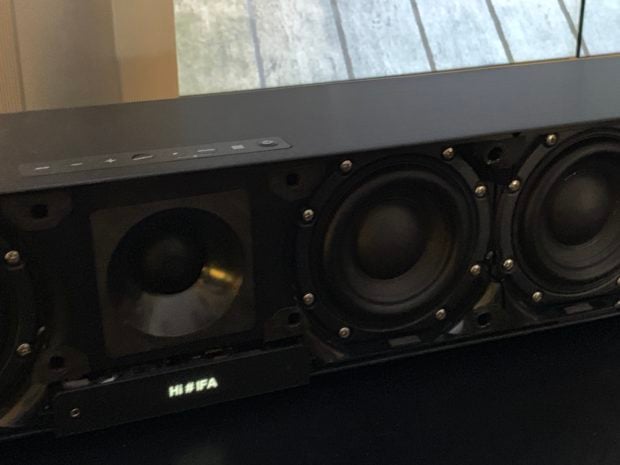 For connecting devices, the Ambeo soundbar has four HDMI inputs with support for HDMI 2.1, as well as ARC if you want to run your video switching through your TV instead. You can also stream audio using Chromecast or Bluetooth, which is great, because the Ambeo does a great job playing back music too. You can listen to audio recordings with their original stereo imaging, or expand them to surround using the soundbar’s digital sound processing algorithms. I didn’t get a chance to listen to this effect, but a classical music track recorded in Atmos sounded quite spectacular. You can also customize the speaker’s equalization and surround settings via a companion smartphone app. 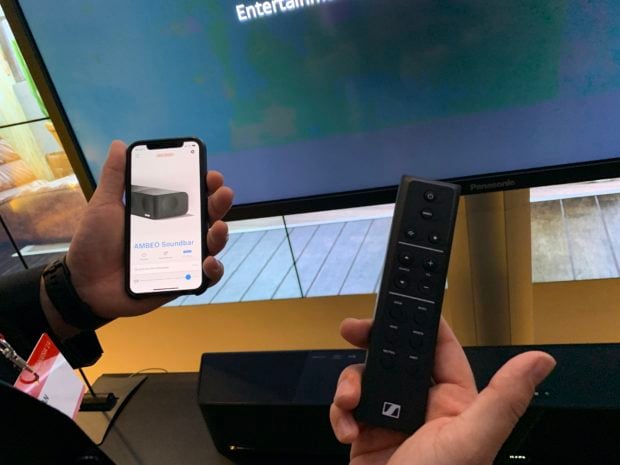 In my brief listening experience with the Ambeo soundbar, I found it to live up to its promises in terms of excellent sound quality,  surround imaging, and an incredibly large soundstage from a single device with no external speakers. The Sennheiser Ambeo soundbar will hit retailers in Europe on May 31, 2019, and North America around mid June. It will retail for €2499 Euro / $2499 US Dollars. If you happen to be attending the IFA 2019 show in Berlin this September, you can listen to it in person there as well. 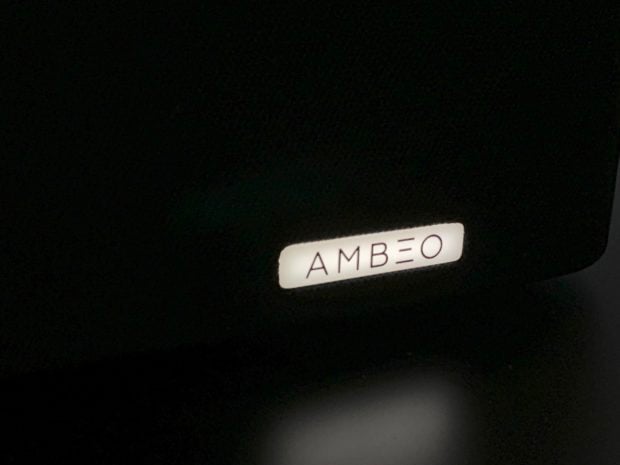