Animated flip books are usually pretty cute and simple. This one, however, is complex and terrifying. The artistry that went into this creation is just inspiring. In this flip book, no one can hear you scream. 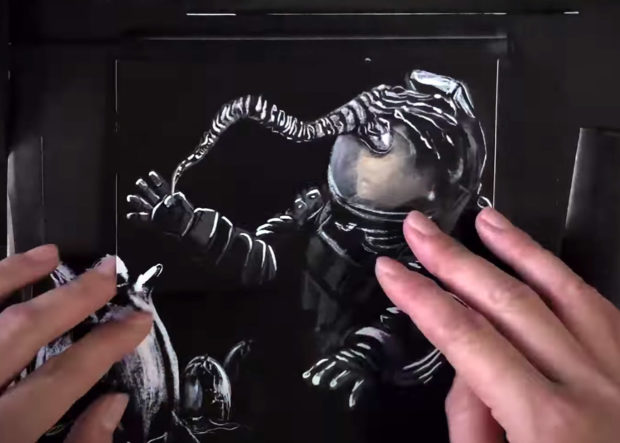 This stop-motion style flip book was made by artist Serene Teh and was actually commissioned by 20th Century Fox to celebrate the 40th anniversary of the Alien franchise. That’s 40 years of alien horror that has kept us glued to our seats. What you see here isn’t just any flip book, but a masterpiece. Seriously, check out the video. Watch Serene flip through the book, as it tells a horrifying story of aliens with an appetite.

Even Jonesy the cat makes an appearance as an alien tries to eat it. No worries though, Ripley shows up and save the day, firing like 100 rounds into the Xenomorph. Eventually, the Xenomorph is jettisoned off of the ship through an airlock. That’s how you take care of an alien infestation, and it’s what airlocks were built for. The good guys always win you alien bastards! Now stay out!