All Work and No Play Makes Vinyl Jack a Dull Boy

The first time I saw The Shining, I was super creeped out by Jack Nicholson. It didn’t help that I was about the same age as the kid in the flick, despite the film having an “R” rating. My only solace is that I was able to torment my brother by crooking my finger and chasing him around the house screaming “REDRUM!”

Fans of the Kubrick classic horror, or those who just collect cool toys will want Funko’s Jack Torrance 5-Star vinyl figure. It has a cartoonish look to it, with Jack having a little blood on his scalp, and a suitably maniacal look in his eyes. 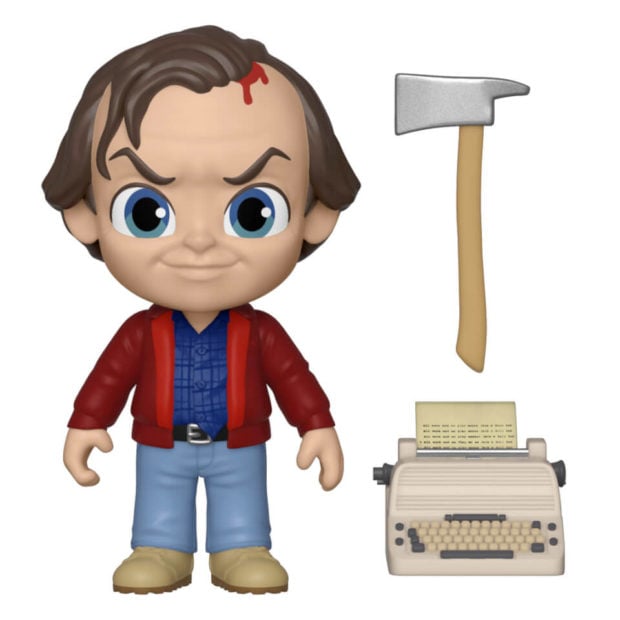 It comes complete with an ax for busting through bathroom doors and a typewriter that’s perfect for working out his writer’s block. Naturally, the sheet of paper sticking out has only one sentence written on it over and over… ALL WORK AND NO PLAY MAKES JACK A DULL BOY.

The figure can be pre-ordered now for $10.99 and will ship starting this September from Entertainment Earth.