Drone designer Adam Woodworth has created some cool drones in the past like Imperial Star Destroyers for instance, but this one is even better: a giant LEGO helicopter. It looks like it came out of a genuine LEGO set, except it’s much bigger. 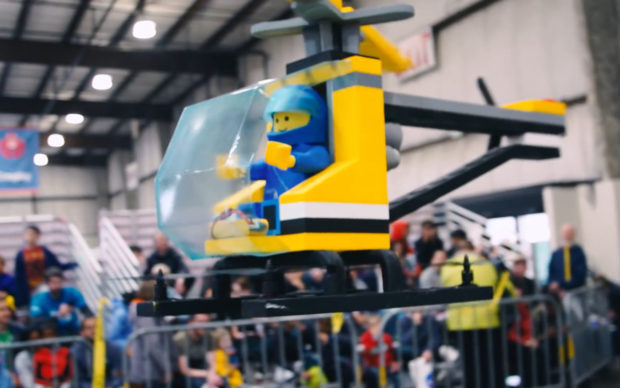 The drone was shown off at this year’s Makers Fair in San Francisco. This thing looks like a real LEGO copter. It even has a minifig pilot. Tested recently checked it out in action, and it looks pretty cool. Charming actually, as the rotor moves way too slowly. Of course, if it weren’t a drone, this thing would never fly in a million years since ABS plastic bricks are not very aerodynamic. That’s why he built his jumbo version from foam.

The drone is about ten times the scale of the LEGO set that inspired it. LEGO fans already know this, but in case you don’t, it is based on the classic set 6396 International Jetport, which includes Woodworth’s favorite LEGO helicopter. He did an excellent job here. This thing looks authentic and I love the way it flies. 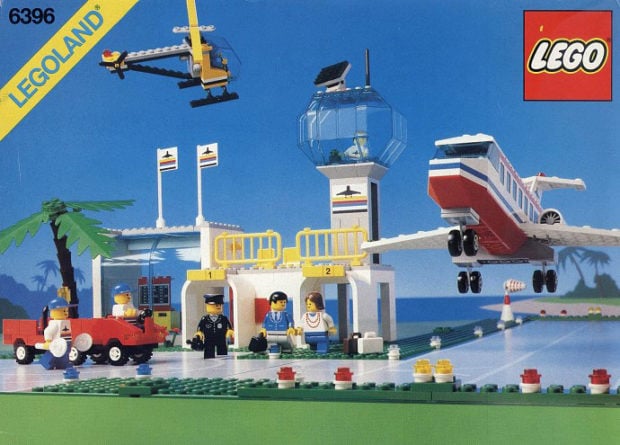