Arya Stark went from a rather petulant child to a full-on badass over the years on Game of Thrones. Fans of the show who watched the behind the scenes documentary that aired after the finale might have forgotten just how young she was when the show first started. This action figure of Arya is based on her appearance in the seventh season of the HBO series. 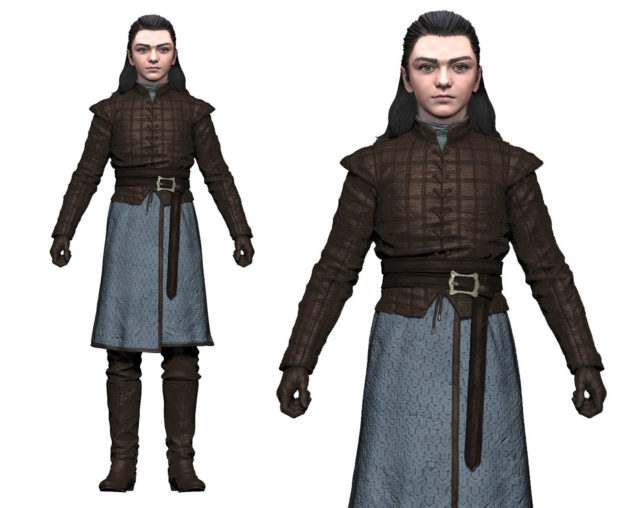 The 6″ McFarlane toys figure has 12 points of articulation and comes with accessories. It includes Needle, a Valyrian steel dagger, and other “screen accurate” accessories. It would probably shag any Gendry action figures in the vicinity, and be sure not to let it near your Night King action figures. It’s available for pre-order now for $19.99 at Entertainment Earth.