What’s better than Rick and Morty? Well yeah, a new season, I hear that. But aside from that, if you add in some Dungeons & Dragons action, it makes everything better. And crazier. This officially-licensed Rick and Morty merch is the ultimate crossover. 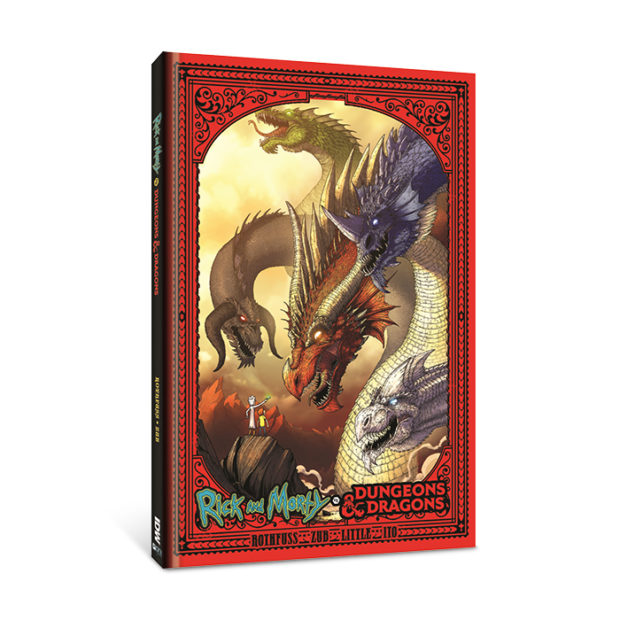 Have you ever played an RPG campaign with Rick and Morty characters? Now is your chance. The Rick and Morty vs. Dungeons & Dragons comic book miniseries have been collected in one awesome comic with a GameStop / ThinkGeek exclusive cover by Mike Vasquez.

But this is so much more than a comic book. This edition has character sheets, extra art, and an exclusive module to play the events of the comic as your next D&D campaign. Nice. Read it, play it, live it. A fun adventure through the multiverse awaits. Play time is about an hour to two hours, but you can always extend that to however long you want. 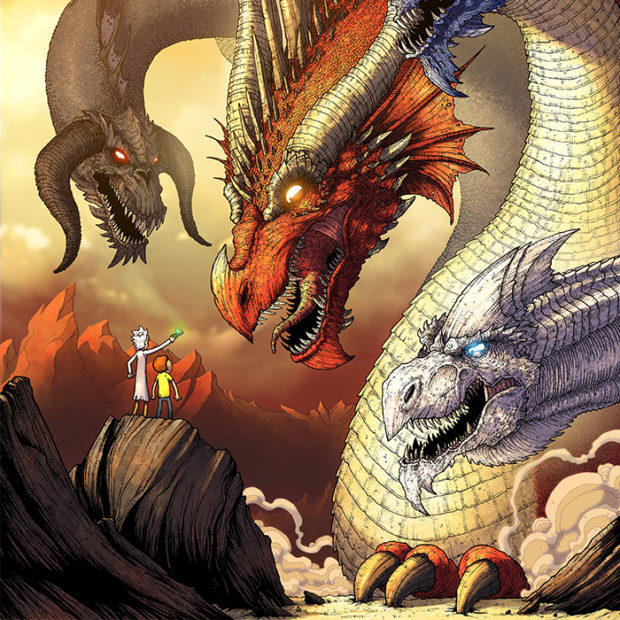 Come on, you know that you’ve been itching to roll up your character as Pickle Rick. This will be a lot of fun for fans of the hit animated series or as we used to call them, cartoons. Grab your copy now at ThinkGeek for $24.99.