The Turing Pi Clusterboard Runs Seven Raspberry Pis at Once

Raspberry Pi computers have been quite the revolution for makers, encouraging experimentation and creativity thanks to their low cost and compact size. And while the tiny computers are by no means high-end in their processing power, they continue to get faster with each generation. Now, you can gang together multiple Raspberry Pi boards into one machine. 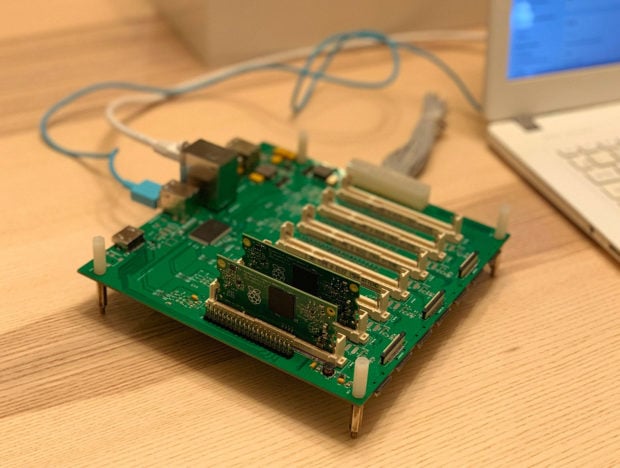 The Turing Pi is a Mini ITX size motherboard that’s designed to cluster together up to seven Raspberry Pi compute modules to harness their power, and for designing and prototyping applications that run in a clustered environment. It’s specifically designed to support container systems like Kubernetes and Docker, as well as machine learning apps like TensorFlow. 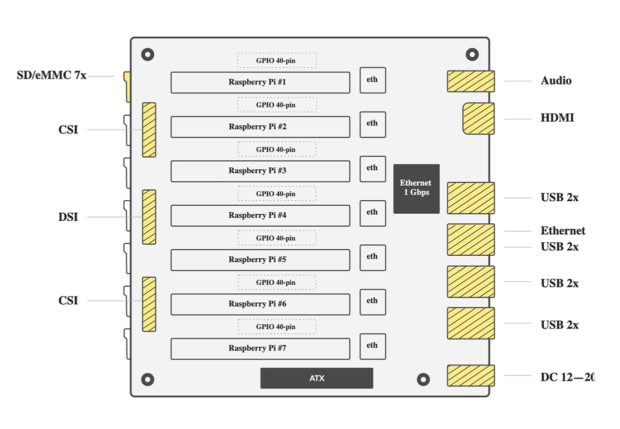 All seven microcomputers connect into slots on the board, which provides power and and a number of shared ports for the system. It’s got a total of eight USB ports, HDMI and Audio out, as well as a Gigabit Ethernet port. 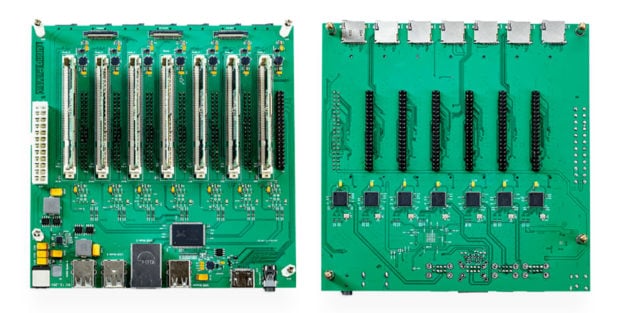 You can pre-order the Turing Pi Clusterboard now for $128. It’s expected to ship in sometime this fall. With Raspberry Pi compute modules starting around $28, you can have a fully-equipped seven system clusterboard for about $325.