If you’ve ever wondered why it’s so important to properly pressurize and depressurize a submarine, this image should explain it for you. What you’re looking at is three identical styrofoam heads, each of which has been exposed to a different depth pressure. 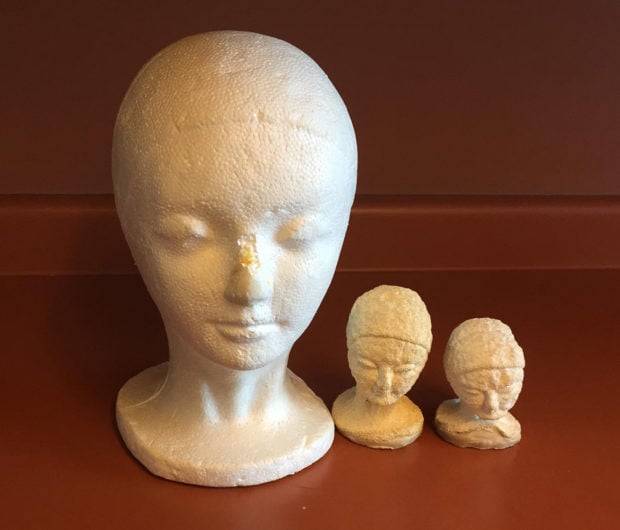 Posted up on Reddit by contributor SpyTrain_from_Canada, the picture shows just how nasty the pressure can get as you descend into the ocean. The head on the left is the way it came from the styrofoam head factory, while the one in the middle was exposed to a depth of 1000 feet, and the one on the right got hit with a depth of 2000 feet. According to my calculations, the middle head got hit with about 459 psi, while the smallest one experienced a whopping 903 psi. Ouch. These things have lots of air in them, so they compress down super small. SpyTrain said the small ones were hard as a rock after they became shrunken heads.

Now imagine what would happen if that were a human being sent down to the bottom of the ocean without proper pressurization. Your skull would be crushed, your eyeballs would implode, your organs would turn to mush, and basically, you’d have a very bad day.