If you love the original Star Wars saga, you might remember the classic action figures that Kenner made back in the 1978. While Kenner is long gone, Hasbro has picked up the baton and created a new series of 3.75″ action figures, inspired by the highly collectible originals. 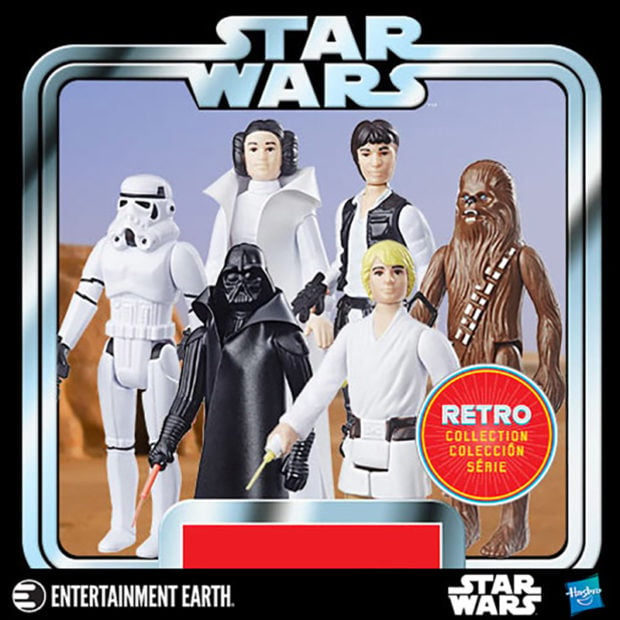 The Star Wars Retro Collection Wave 1 comes with six action figures, based on Luke Skywalker, Han Solo, Chewbacca, Princess Leia, Darth Vader, and a Stormtrooper. Unlike today’s detailed and highly articulated figures, these ones are intentionally inaccurate likenesses, and only have six points of articulation.

Like the original figures, both Luke and Vader have telescoping lightsabers. Each figure comes with a retro style 6″ x 9″ cardback, which has been given a faux aged look. 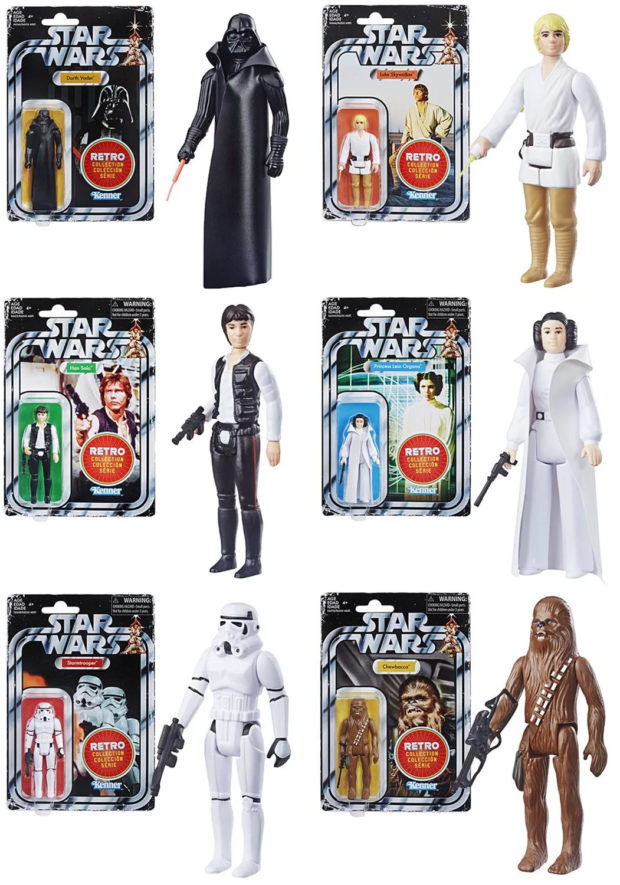 Entertainment Earth is taking pre-orders for the set of six figures for $63.99, with shipping expected to start in August 2019. They also are selling an exclusive figure of Han Solo disguised in Stormtrooper armor, just like he work in A New Hope. That figure is being sold separately for $13.99. That one ships starting in September. 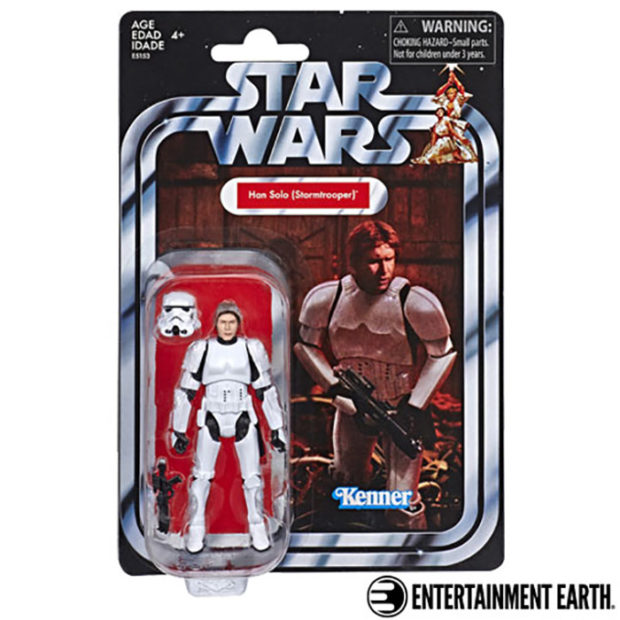