We’ve seen some pretty amazing computer builds over the years, but this just might be the most impressive yet. The guys at Origin have created a custom gaming rig that not only is a high-end gaming PC, but has an Xbox One X, PlayStation 4 Pro, and Nintendo Switch built right in. 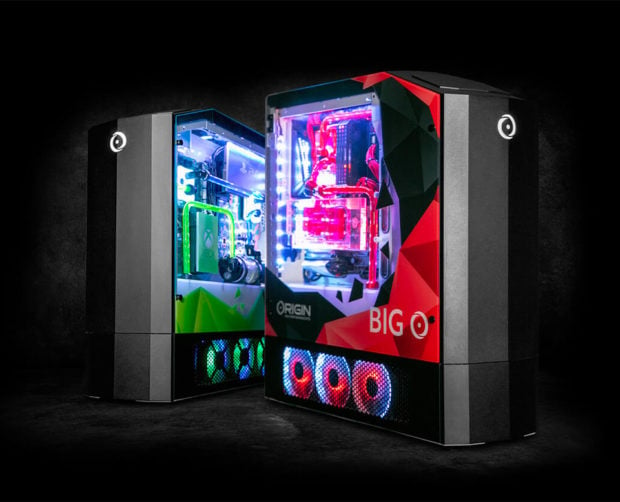 The 2019 Big O pays tribute to a gaming rig that Origin built back in 2009. The original machine was impressive for its era, with a couple of 6-core Intel Xeon x5860 CPUs and an Xbox 360 built into it. But 10 years later, everything is just that much faster and more powerful, so the new Big O packs an Intel Core i9-9900K CPU, NVIDIA Titan RTX graphics, 64 GB of super-fast RAM, a pair of 2TB Samsung SSDs for the OS, and a monstrous 14TB Seagate Barracuda HDD for storage. 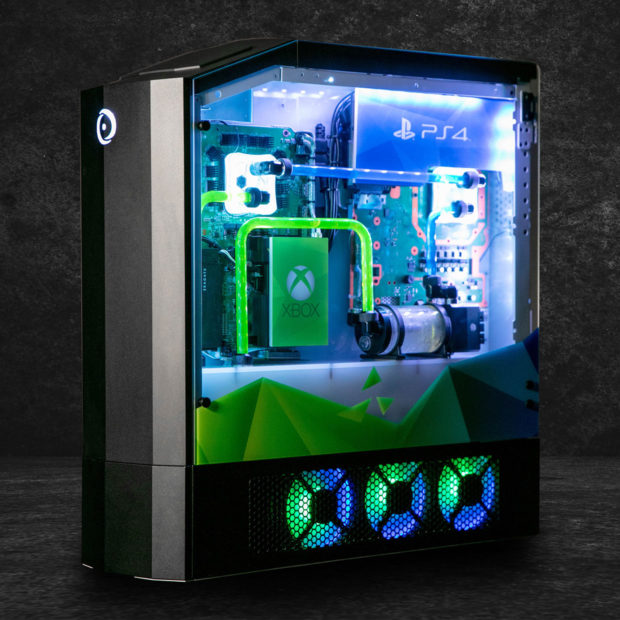 Along with the PC hardware, Origin stripped down and installed the motherboards from an Xbox One X and PS 4 Pro, connected each to a 2TB Seagate SSD, and added colorful liquid cooling pipes and logo graphics for each system. Since the brains of the Nintendo Switch are in the handheld itself, they simply included a custom docking slot for the system up front. 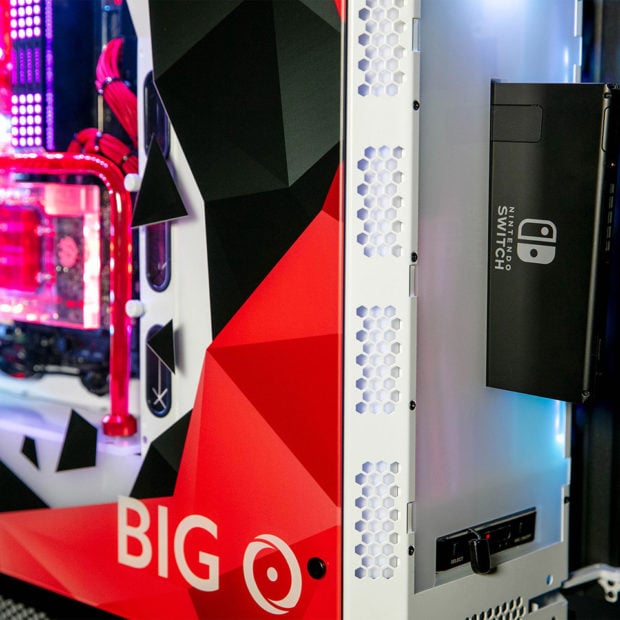 Everything then gets piped through a 4K HDMI switch and a single Ethernet port on back, so you can connect all of the systems to a single monitor, and quickly switch between then.

Lewis Hilsenteger of Unbox Therapy was lucky enough to get his hands on this beautiful beast, and shares some up close footage of the system in action:

This is a truly epic build, and I want this thing so badly. I wish Origin would put it into production, but I’m sure I’d have to get a second mortgage on the house in order to afford one. 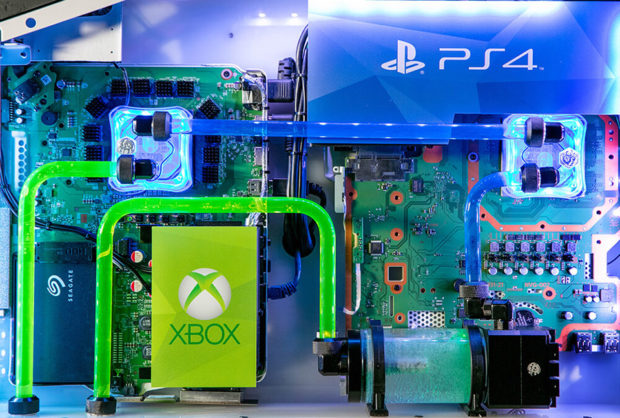