How Fast is an AT-AT Walker?

Have you ever wondered just how fast the AT-ATs in Star Wars can walk? Well according to Wookiepedia, the answer is a nice round number – 60 km/h, or about 37.3 mph. However, that just seems like an arbitrary figure somebody made up. Sci-fi movie fan EC Henry wasn’t satisfied with that number, and decided to do some math to figure out the actual speed of an AT-AT. 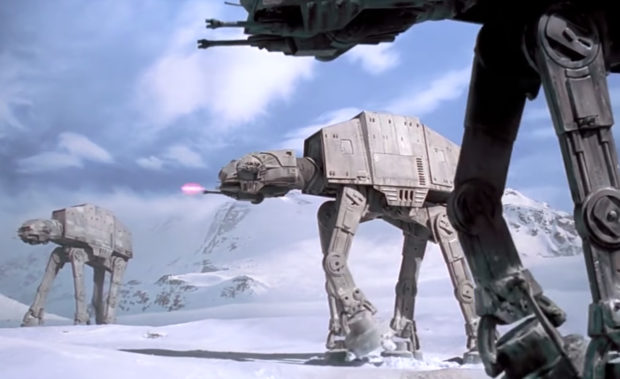 Using a single short scene from The Empire Strikes Back, EC was able to use the known height of Luke Skywalker as a measuring stick to confirm the height of the AT-AT, which turns out to be very close to the number provided by official Star Wars literature, 22.5 meters (~73.8 feet). Combining this information with a couple of frames of motion, he was able to estimate the speed at which it was traveling in that scene:

In the end, he concludes that Imperial Walkers aren’t nearly as fast as we’ve been led to believe. If AT-ATs moved at the speed that’s been documented, they’d look rather silly running around. What do you think of EC’s analysis? Is there a gaping hole in his logic? It seems pretty sound to me.