I’m here in Tokyo this week for the 2019 Tokyo Motor Show, and while here, I stopped by the new headquarters for the Toyota Research Institute – Advanced Development (TRI-AD) to check out some of the technologies the company and their partners are working on.

Among the many futuristic machines on display during my visit is a specialized robot which will be in use during the 2020 Olympics and Paralympics right here in Tokyo. 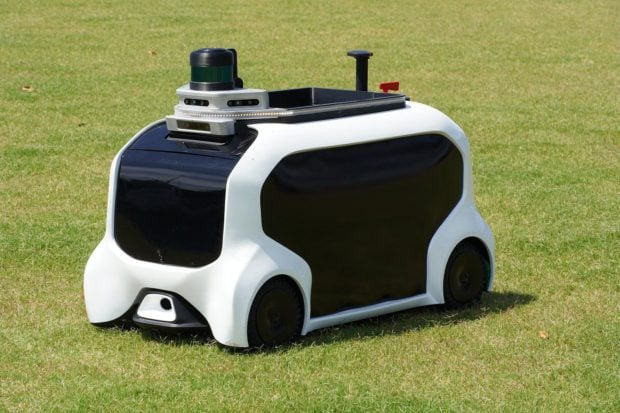 The Toyota Field Support Robot (aka FSR) is designed to assist the on-field staff during sporting events by retrieving and carrying cumbersome objects like shotputs, javelins, and and discuses thrown during various events. 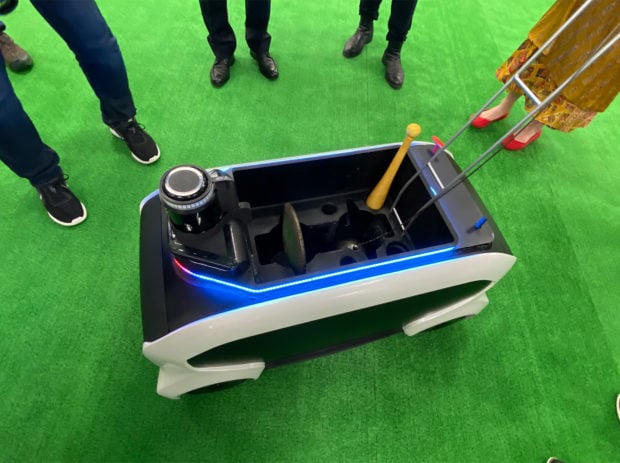 These specialized robots can automatically follow a member of the field crew out to the location of a tossed object, where it awaits its payload. The human then loads the item into the robot, and then it autonomously drives the item back to the staging area, avoiding people and obstacles automatically along the way. The idea here is to reduce the time it takes to retrieve these heavy and awkward objects, as well as to demonstrate autonomous vehicle technologies.

In the demonstration I saw, they had the robot limited to a slow speed for safety reasons, but in the field, they can drive up to 20 km/h, and operate for up to 2 hours on a charge. 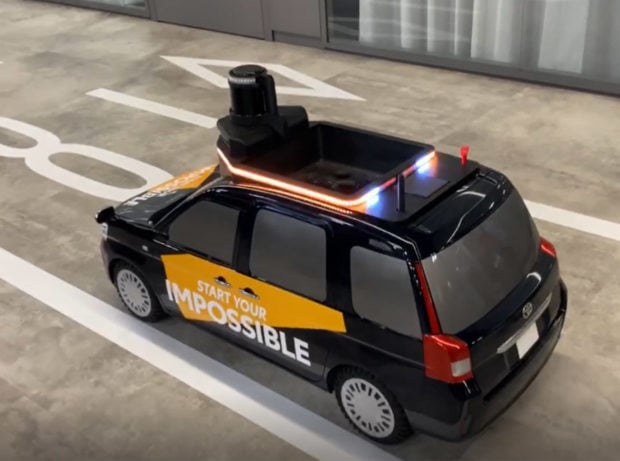 While I think it would be even cooler if the robot could pick up items by itself, TRI-AD say the idea here is to foster partnership between humans and robots, rather than to replace humans. This is a key pillar of Toyota’s philosophy for the integration of automation and artificial intelligence into its business and the world as a whole.

Keep an eye on the throwing events during the 2020 Olympic and Paralympic games to see the Field Support Robot in action.