It’s generally accepted that Batman isn’t supposed to kill any of his foes, but instead just beat them up a bit and then apprehend them. Sure, some interpretations have been a bit fast and loose with the Dark Knight’s moral code, but I prefer to think of him as someone willing to dish out a good beatdown, but never a finishing move.

One obvious spot for Batman to use his strength to quickly take down a bad guy is on their nuts, and now you can too, thanks to this officially-licensed Batman nutcracker. 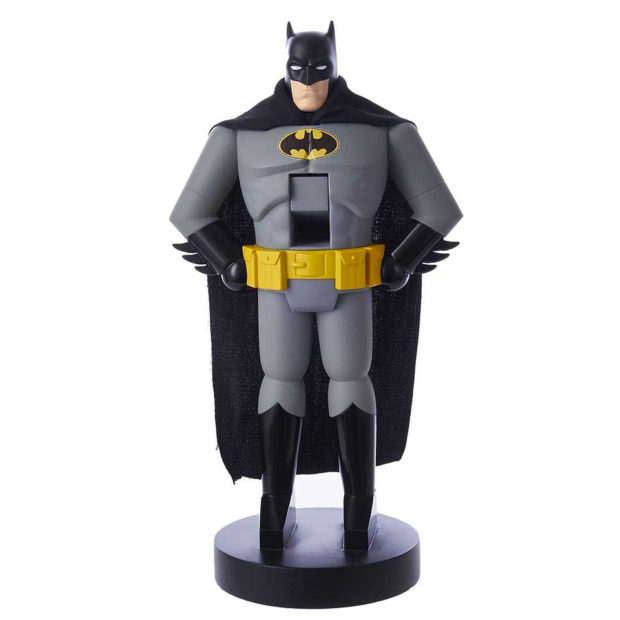 The 10″ tall cast resin Batman sculpture comes from nutcracker specialists Kurt S. Adler, Inc., and features a sharp and severe look like he did in early 2000s Justice League animated series. The description says it’s lighted, but I’m not exactly sure what part of him lights up – maybe his eyes? Or maybe that’s a mistake. Who knows? We don’t have time for questions. We’re here to bust some heads and crack open some delicious hazelnuts! 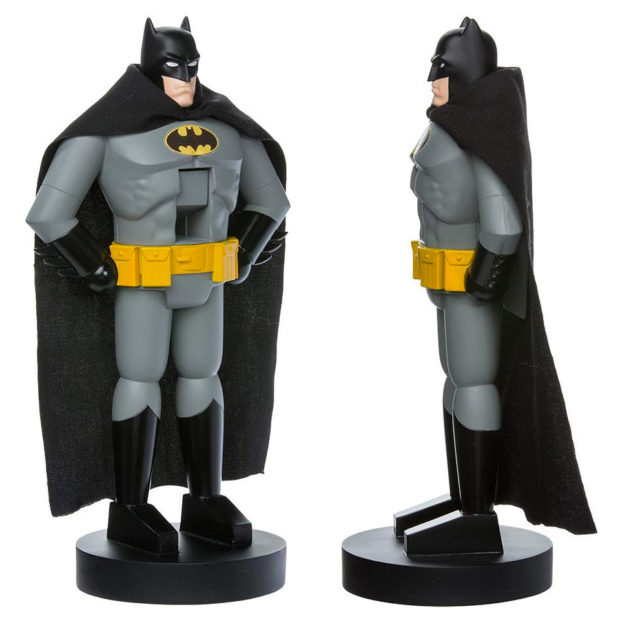 If you’re ready to crack some nuts like Bruce Wayne does, then head over to Amazon and order your Batman nutcracker today.