If you’ve seen 2001: A Space Odyssey, you know how intimidating that the HAL 9000 computer can be. As he loses his digital mind, the stubborn computer takes over the ship and becomes a murderer. Peering out from its singular red eyeball, HAL will kill you with his blank stare and monotone voice. The only thing more terrifying would be if HAL 9000 had the face of Thomas the Tank Engine… so here you go. 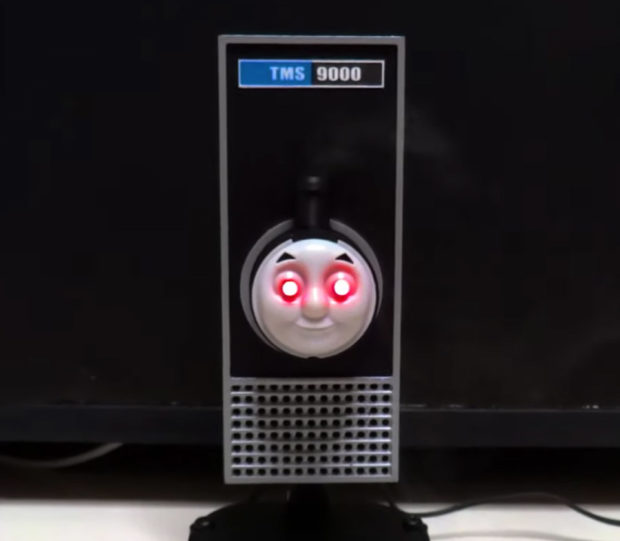 In this era of hacks and mashups, it was only a matter of time before somebody combined this unlikely duo. Japanese maker Furisuku P combined parts from a HAL 9000 replica with a Thomas the Tank Engine candy container, and then rigged it up to emit steam from its engine. The TMS 9000 also doubles as an Amazon Alexa speaker, and has glowing red eyeballs.  Check out this monstrosity:

It’s especially creepy as it breaks into a rendition of “Daisy Bell,” the song that HAL 9000 sang as he went to sleep forever. I also found out today that this was the first song that a real computer ever sang – so you learn something new every day.