There’s a ton of great collectible merchandise out there for fans of sci-fi, comics, and fantasy. While they’re not all perfect,  most of the merchandising tie-ins are at least somewhat logical these days. And then there’s stuff like this.

This Star Wars stapler and tape dispenser make zero sense at all. That is, unless I missed a scene where the Empire’s accountants were putting together budgets for the construction of the Death Star or something. But even George Lucas wasn’t tempted to include that in the prequels alongside all the boring political talk. 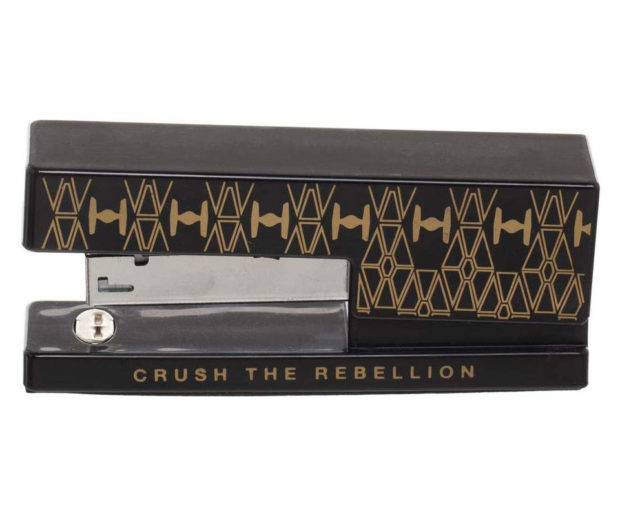 Bioworld’s ruthless cash-grab merch include a black plastic stapler embellished with a TIE fighter pattern and the words “Crush the Rebellion.” Seriously, even Milton in Office Space wouldn’t have cared if someone stole this stapler. The matching tape dispenser doesn’t even achieve the same level of mediocrity as the stapler. It just has some silhouettes of TIE fighters and paint spatter that’s supposed to look like a starfield. Talk about phoning it in. I haven’t seen Star Wars merchandising this bad since that Revenge of the Sith toilet paper. 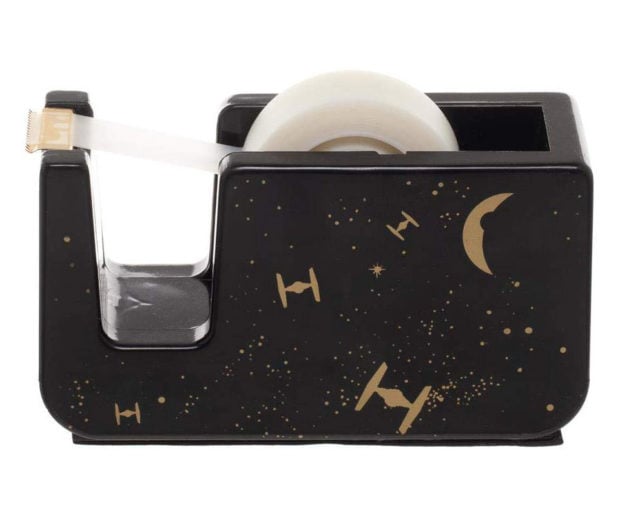 I’m not even going to tell you where you can buy these things because whoever came up with them doesn’t deserve to see one red cent in profits.