What is the deadliest statue ever? All of them, because they can fall and crush you. But one is even deadlier than the rest. This Knife Angel statue was built from over 100,000 knives which were confiscated by UK police.

Yes, this 27-foot-tall angel sculpture was built by the British Ironwork Center using knives collected by 41 different police forces across the country. It’s meant as a tribute to victims of knife crimes. That is a lot of crime. A lot of victims. It drives the point home pretty well. Pun intended. It took two years to build for the campaign, “Save a Life, Surrender Your Knife.” 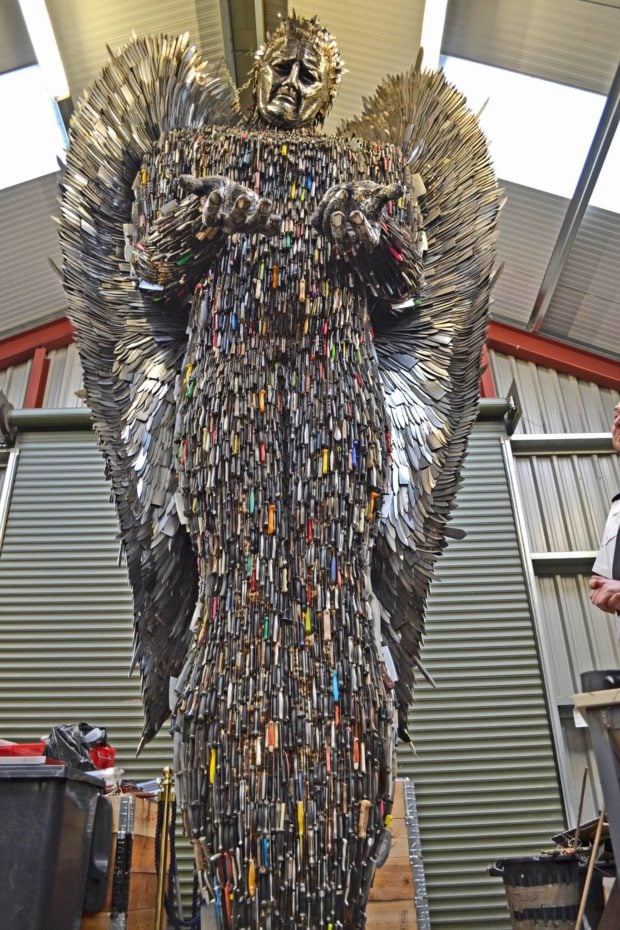 If this thing were to fall on you, it would not only kill you, but slice you into a million tiny pieces. Then they would have to make another statue made of statues of knives in tribute to the carnage this one caused. Where does it end?

[via Business Insider via Geekologie]