Modder Made Working GameCube Joy-Cons for His Nintendo Switch

The Nintendo Switch is a fantastic little gaming system, with a great library of exclusive games, and the ability to switch between a portable and home console in one. The standard Joy-Con gaming controllers that come with it are pretty good already – if a little small for those of us with bigger hands. Now after seeing a number of fake renders of the idea, some has gone and built a set of Joy-Cons based on the classic GameCube controller. 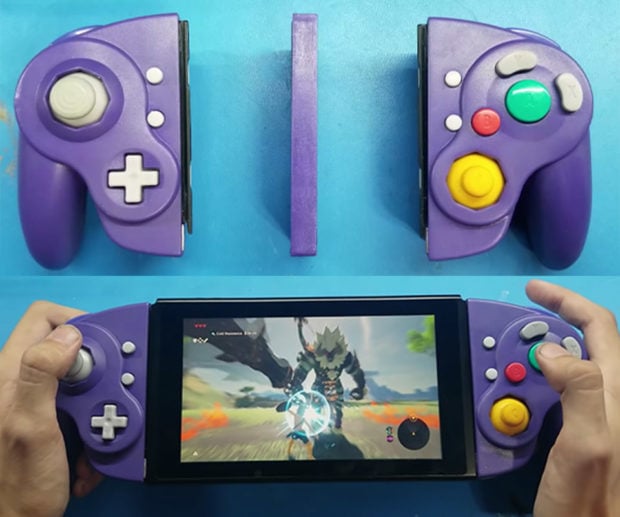 Shank Mods really wanted to play Super Smash Bros. Ultimate with a proper GameCube controller, so he set about the complicated and time-consuming task of chopping up a real GameCube Wavebird wireless controller to convert it into a Joy-Con. He sliced the controller in twain, then ripped out the guts and replaced them with the electronics from the Switch Joy-Cons. That way he was able to preserve the style and feel of the GameCube joystick, while preserving the full functionality of the Switch’s controllers.

But as you can see in the build video below, I’m vastly oversimplifying the work that was required. The project took months, and he had to basically redesign the entire interior of the Wavebird, and custom 3D print various parts to make everything fit and hold in place securely.

The end result is really impressive – the controller splits in half and mounts to rails on the side of the Switch, as well as a central rail for joining the controller halves back together. I’d love to see Nintendo offer a series of retro style controllers like this for the Switch, but for now, we have to leave it to talented modders like Shank to get the job done.