This Suction Cup Robot Can Climb Just About Any Wall

When it comes to wall-climbing robots, most of them rely on vacuum suction to make their way up the side of a building. The trick there is that you need a very smooth surface, like glass or marble in order to get a good grip. Now, scientists have developed a robot that can climb even the most heavily textured walls. 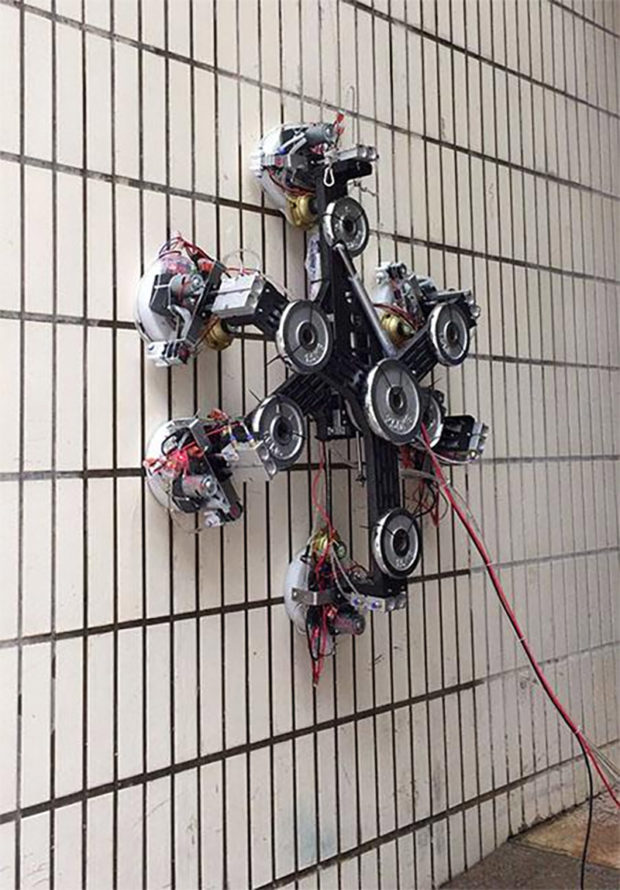 Researchers Xin Li and Kaige Shi developed a system which uses something called a “zero-pressure difference” to solve the issue of leakage around suction cups. The trick is that the cups are sealed to the surface using a high-speed rotating ring of water. According to a release from the American Institute of Physics, the system uses the “centrifugal force of the rotating water eliminates the pressure difference at the boundary of the vacuum zone to prevent vacuum leakage.”

In other words, each time the robot takes a step, the water creates a constantly flowing seal that its suction cups can stick to. While the wall-climbing robot is one of the more useful applications for the technology, it’s possible that it could be used in other situations where suction cups are difficult to apply. At this point, the biggest challenge is the amount of water that is required to make the system work, and that’s the next phase for the research.

Physics, robotics, and engineering geeks can read more about how the system works in the accompanying paper, which was published in the journal IEEE/ASME Transactions on Mechatronics.