Star Wars fanatics can hitch a ride to places far, far away on a special United Airlines jet decked out as the only Star Wars-themed commercial jet winging it across the galaxy. Or at least across North America, Central America and the Caribbean. 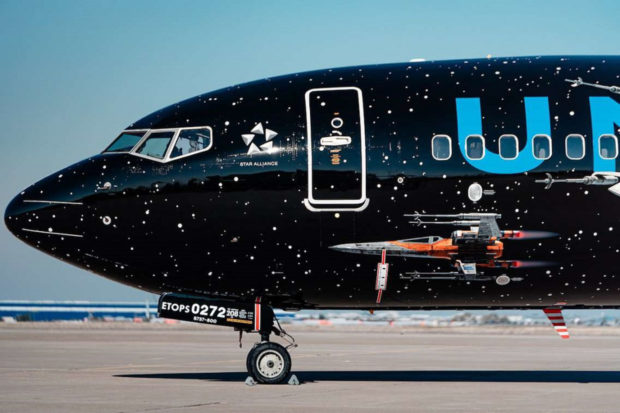 Star Alliance’s United Airlines collaborated with “Star Wars: The Rise of Skywalker” – the epic conclusion of the Skywalker saga – to create a nose-to-tail Star Wars design on one of its Boeing 737-800 aircraft, plus inside some fun decor tweaks and themed services. 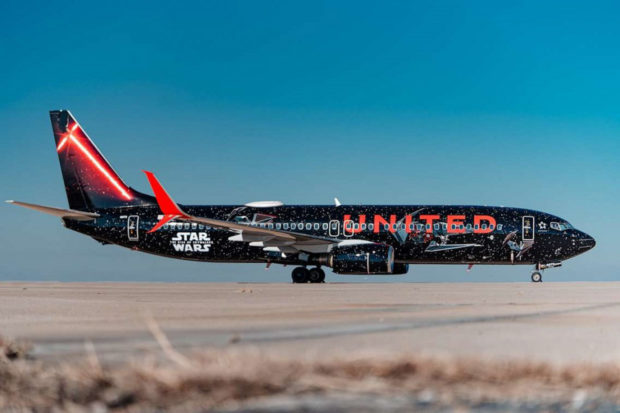 The exterior paint design features images of great Star Wars spacecraft, including X-wing and TIE fighter starships. The aircraft’s tail sports red and blue Jedi lightsabers against a black backdrop on each side, reflecting the two sides of the Force. 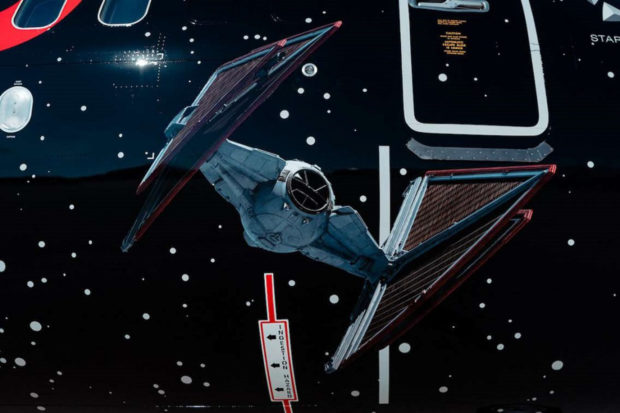 While it’s nothing at all like the Millennium Falcon (hats off to Disney’s Galaxy’s Edge!) the United plane’s interior does have some nice touches – mainly red and blue headrests with the emblems of the movie’s dueling factions, the Resistance and the First Order. 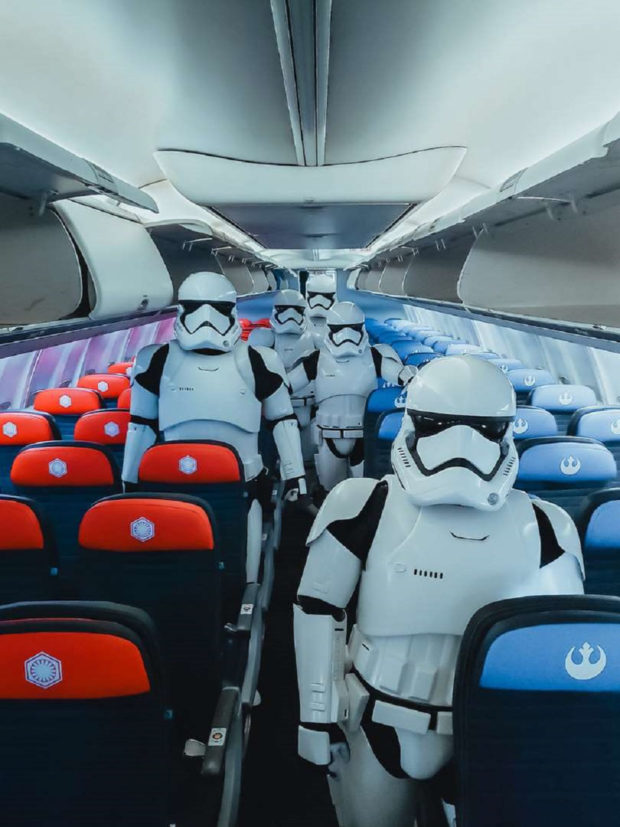 Keep your fingers crossed that inflight menus start offering Endorian Tip-yip and Smoked Kaadu Ribs like the ones at Disney’s Galaxy Edge. (Though the tough chicken I had on a recent American flight might have been Kaadu jerky.) The lucky first passengers were greeted with classic Star Wars-themed music during boarding, gate visits from costumed Stormtroopers, and limited-edition commemorative pins. 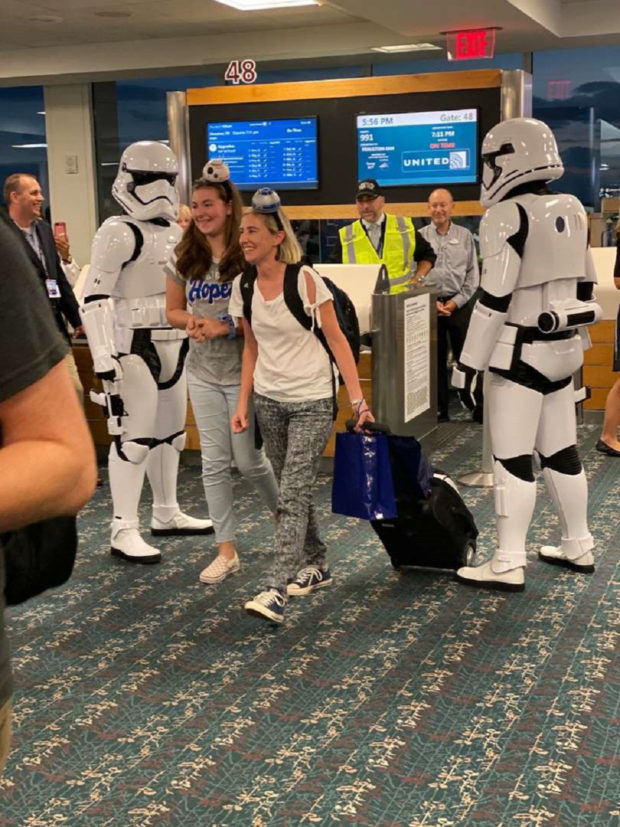 The flights also offer “The Rise of Skywalker” themed amenity kits (sorry, no freebies for you, Coach class) and a new inflight safety demonstration video featuring characters from the new film. It’s not a ton of fun under the Tatooine twin suns but worth a look:

Grounded fans can track United’s Star Wars-themed jet’s past and future flights via a special icon on the FlightAware online flight-tracking platform by entering the plane’s tail number, N36272, as the X-Wing starship. 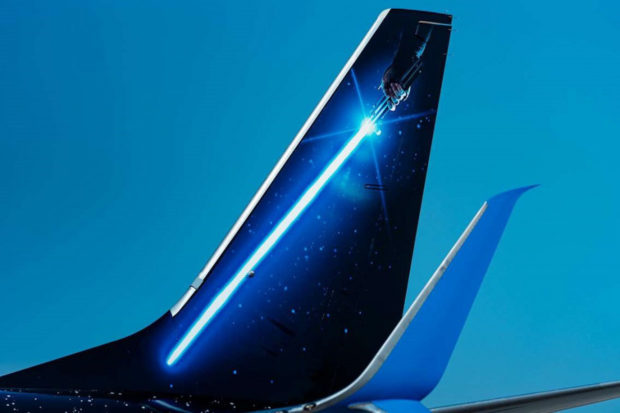