I always loved playing Atari’s vector-based arcade games back in the 1980s. Games like Tempest, BattleZone, and Quantum were some of my favorites. And then there was Star Wars. I loved shooting down TIE fighters, zapping radar towers, and zooming into the belly of the Death Star to take aim at its exhaust port in hopes of blowing the thing to smithereens.

Part of what made the game so good was its unique controller, which combined the turning mechanics of a racing wheel with the yoke style controls of a flying game. Of course, this specialized controller means that the game is nearly impossible to play on a home arcade system. Now, arcade enthusiast Glen Planamento of Glen’s Retro Show set to release a brand new controller that not only works like the original, but is better in every way. 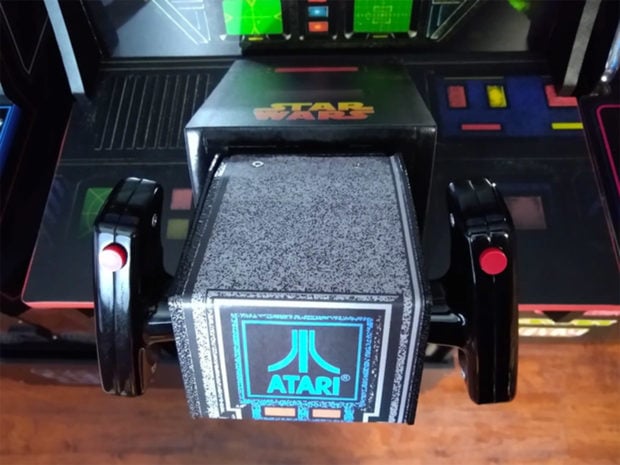 The GRS Arcade Flight Yoke has the same functionality of the original Star Wars controller, but unlike the original, which used a complex system of gears and potentiometers, it uses magnetic sensors to detect movements. That contactless mechanism means less potential for breakdowns, and smoother, more precise control. It’s body is made from metal, while its handle grips are made from hardened plastic. 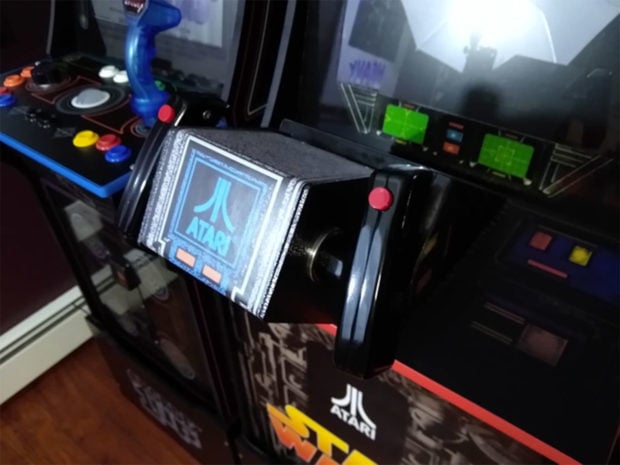 The yoke connects to a PC, Mac, or Raspberry Pi via a USB connection, and works just like an analog joystick. That means you can use it to play other games too. In the video below, Glen shows it off controlling everything from Paperboy to Spy Hunter to Space Harrier – all of which work best with an analog steering control.

GRS plans on retailing the Arcade Flight Yoke for around $200 when it comes out, but early supporters can pre-order one on Kickstarter for just $150. Keep in mind that price doesn’t include a mounting base for the controller, so you’ll either need to fabricate one, or reach out to the guys at 99 Lives Arcade, who made the base shown in the images here. Glen hopes to start shipping the controllers by this July.

Also, it’s not an officially-licensed Atari or Star Wars product, so it doesn’t come with the graphics shown here. That said, it wouldn’t be hard to add your own labeling.