Computer graphics have come a very long way in the past couple of decades, offering up images which are becoming more and more difficult to distinguish from reality. Especially notable are the improvements in physics engines, which allow objects to move and behave more like they do in real life. One of the holy grails of CGI simulation is that of being able to destroy items so they break apart realistically, and now we have the most realistic method yet… to tear apart a piece of digital bread.

Károly Zsolnai-Fehér of Two Minute Papers turned us on to this amazing computer physics tech which is designed to simulate the fractures that occur in an object as it’s torn apart. 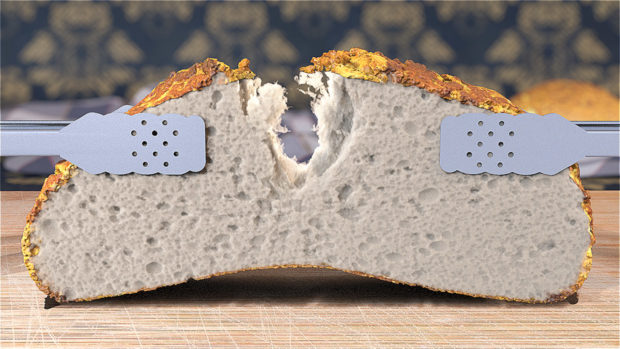 In the paper CD-MPM: Continuum Damage Material Point Methods for Dynamic Fracture Animation (PDF), Joshuah Wolper and a team of scientists from the University of Pennsylvania describe a particle-based animation system they’ve developed which can accurately emulate the way that objects fall apart. The technology can be used to simulate everything from the way a piece of bread gradually tears when you pull it, the way that a block of Jell-O breaks into little bits when you drop it, or how a cookie crumbles when you break it apart. 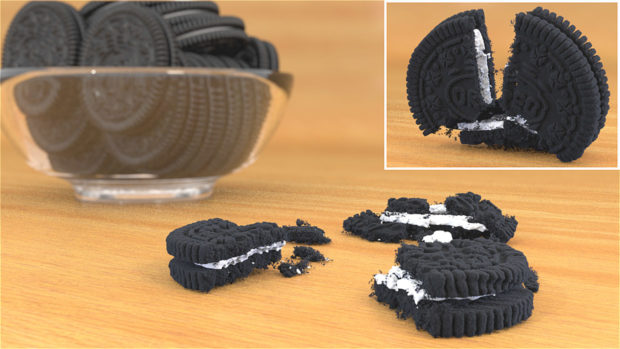 The system also offers a variety of parameters which allow for fine-tuning the behavior of materials, while still retaining a realistic look. The video below explains more about this impressive graphical achievement, and shows off a few examples:

For now, computers aren’t fast enough to handle all of these computations in real time, and the rendering of a single frame can take anywhere from 17 seconds to 10 minutes, but it’s sure to be optimized in the future. Maybe someday we could have a VR game where you’re eating virtual food at your virtual keyboard and leave virtual crumbs between the keys. Or maybe even virtual Cheetos dust, all without leaving a real world mess. Of course virtual food isn’t nearly as tasty or filling as the real deal.

To learn more about this fascinating technology, you can download the paper here. The source code has also been released on GitHub in case you know what to do with it to make it work on your computer.