KFC Teams up with Crocs to Make the Weirdest Shoes Ever

KFC’s marketing folks have some really strange ideas. Over the years, they’ve made chicken-scented fireplace logs, gravy-scented candles, and a Colonel Sanders bearskin rug. They’re either insane or creative geniuses, because they’ve got me talking about their brand yet again.

Now, the home of fried chicken is collaborating with casual footwear maker Crocs to produce a pair of KFC-themed shoes. 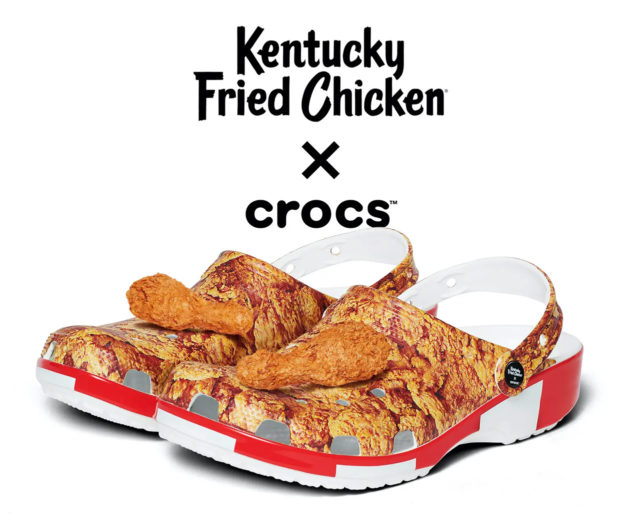 The soles of the KFC Crocs are dressed up to look like the fast food chain’s iconic red-and-white-striped buckets and boxes, with their uppers printed with photorealistic fried chicken. To top it all off, they come with with a pair of charms which look like tiny drumsticks, and actually smell the part. I guess that’s one way to cover up foot odor – with fried chicken. If you don’t want your feet to smell like the Colonel’s original recipe, you can always remove the charms. 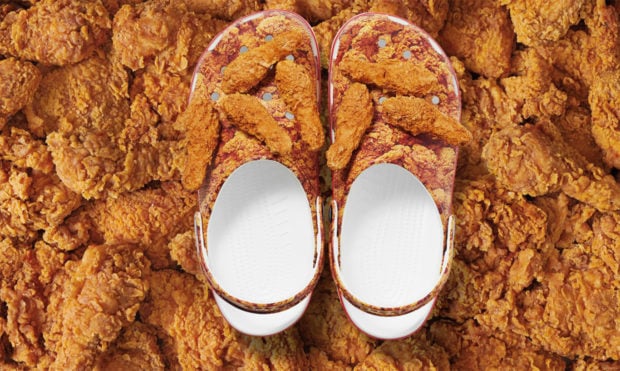 To top things off, the company released this totally bonkers promotional video, in which Korean fashion artist MLMA cooked up a pair of one-off chicken shoes with raised platform soles.

If you want a pair of KFC Crocs for some strange reason, you can sign up on the Crocs website to be notified when they’re available. They’re expected this Spring for about $60.