Until now, the only duck heroes I was aware of were Howard the Duck and Duck Dodgers. Maybe Duckman if you want to stretch things. But what if there was a real superhero duck? That’s what we’ve got here. The duck we need. 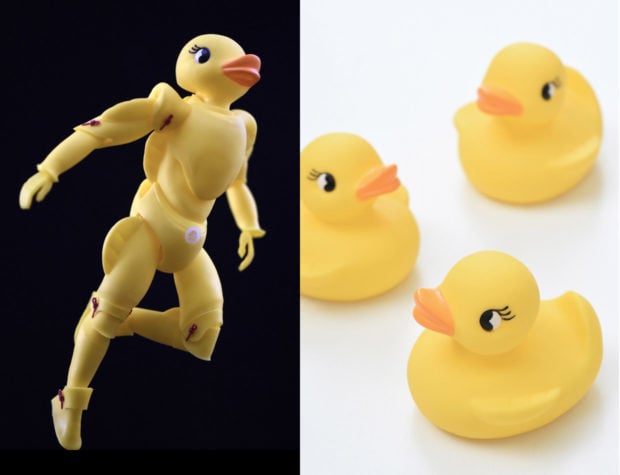 After getting his hands on seven cheap rubber duckie toys, model maker Tomohiro Yasui painstakingly melded them together into a single new action figure. The surgery that was required to put together the duck-faced hero looks a bit horrifying, but the finished figure looks like the Six Million-Dollar Duck. We have the technology. We can make him better than he was. Better. Stronger. Faster.

I’m hoping that Marvel picks up on this idea and decides to make a movie based on this guy. Too bad the Duckman name is already taken.