This Machine Will Probably Never Finish a Full Rotation

When it comes to telling time with an analog clock, the idea of gear reduction is a very critical piece of the puzzle. Basically, a set of multiple gears work in concert to gradually rotate at slower speeds. So a single motor can drive the seconds, minutes, and hour hands on a dial. 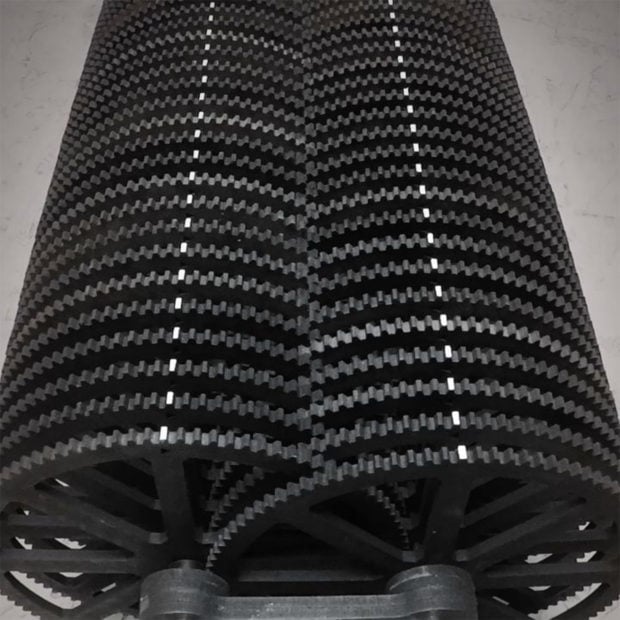 But rather than just reducing the speed of a gear a couple of times, engineer Daniel de Bruin decided to make what he says is the “biggest reduction gear in the universe.” Well, it may not be the largest in dimension, but it’s definitely the most complicated, with 100 gears, each gradually reducing the speed from the gear before it.

Each successive gear turns at exactly 1/10th of the speed of its predecessor. The result is a setup that would take literally eons before it would rotate its final gear.

According to the guys at Gizmodo, you’d have to turn the first gear

times to move the last gear to move just one position. Man, that’s a whole lot of zeros, and I definitely can’t count that high.

The machine’s creator explains the rationale behind his build: “Today at 14:52 I will be exactly 1 billion seconds old. To celebrate I build this machine that visualizes the number googol. That’s a 1 with a hundred zeros. A number that’s bigger than the atoms in the known universe. This machine has a gear reduction of 1 to 10 a hundred times. In order to get the last gear to turn once you’ll need to spin the first one a googol amount around. Or better said you’ll need more energy than the entire universe has to do that.”