With the Xbox Series X and the PlayStation 5 in the works, it’s an exciting time for the future of console gaming. We know that both consoles will tout impressive hardware, and backwards compatibility with today’s games, and now Microsoft is showing off the detailed specs and internals of its next-gen console. 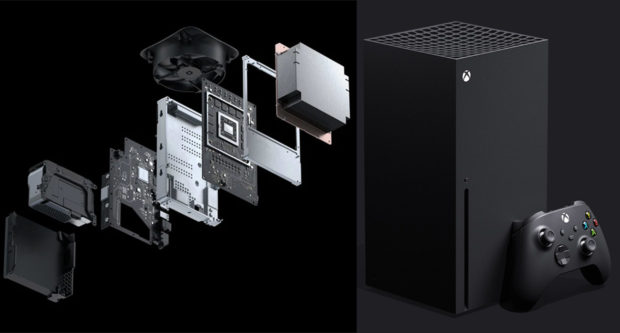 For starters, the Xbox Series X will pack an impressive system-on-a-chip designed by AMD, which packs their Zen 2 and RDNA 2 technologies. The SoC offers up to 12 Teraflops of performance – or roughly 8 times more performance than the original Xbox One. The CPU has 8 cores running at 3.8GHz or 3.6Ghz with simultaneous multitasking enabled.

The GPU componentry has a whopping 52 computational units running at 1825 MHz sustained, and is capable of doing variable-rate shading, which means that it can prioritize shading of specific objects or characters in a scene, improving frame rates at higher resolutions. The chip also supports hardware-accelerated ray-tracing, which can accurately render lighting and reflections in scenes in real time. Microsoft is targeting games that can run at 4K and 60 fps with HDR, though the system has the potential to handle 8K content at lower frame rates, and up to 120 fps gaming in some situations. 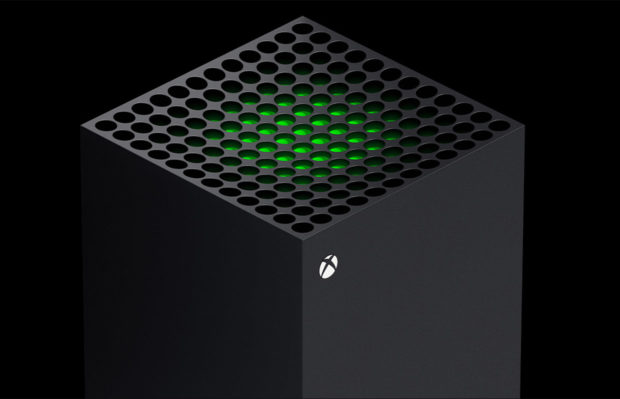 There’s 16GB of GDDR6 RAM on the system board as well, with the memory divvied up as follows: 10GB @ 560GB/s bandwidth, and 6GB @ 336 GB/s. 2.5GB of the slower memory will be dedicated to the operating system, user interface, and performing background tasks.

Notably, the Series X will be much faster than current-gen consoles in terms of load times, thanks primarily to the use of SSD storage rather than a hard drive. The unit inside is a custom-developed Samsung NVMe SSD with 1TB of storage, and a peak sequential transfer rate of 2,400MB/s. If 1TB isn’t enough for you, the expansion slot on the back of the new Xbox will allow you to add another 1TB SSD module (and possibly higher capacity drives in future.)

The interior of the console is quite innovative as well, using a duo of motherboards which sandwich around a heat sink chassis, and cooled by a single, custom-designed fan to flow air through all of its components. 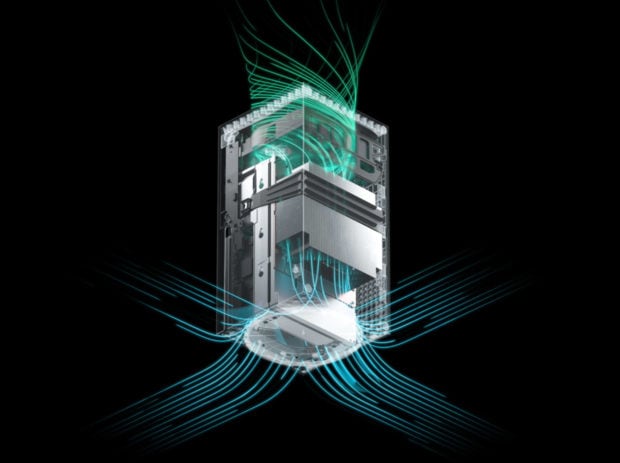 Microsoft went above and beyond the call by allowing a small number of journalists inside of their offices for a first-hand look at the console and the hardware inside. Tech vlogger Austin Evans posted a great, in-depth video which both demonstrates some of its capabilities, and really shows us all of the inner workings of the system. It’s well worth a watch if you’ve got the time:

It’s hard to tell from the video how good next-gen gaming titles might look, but one thing that’s for sure is that the quick-switching between titles is impressive. Imagine being able to pause one game and flip right into another one in just 3 to 5 seconds, then back in the same amount of time. This will be the norm with the Series X.

The console also has a 4K UHD Blu-ray drive built in, so you’ll be able to play both your older game discs, and the highest quality video content currently available. As previously revealed, the console will be backwards-compatible with games from the Xbox, Xbox 360, and Xbox One, which is quite the accomplishment.

The new Xbox Series X controller makes minor refinements, including a better D-Pad and trigger grips, as well as lower lag times, but is largely evolutionary from the current Xbox One X controller. 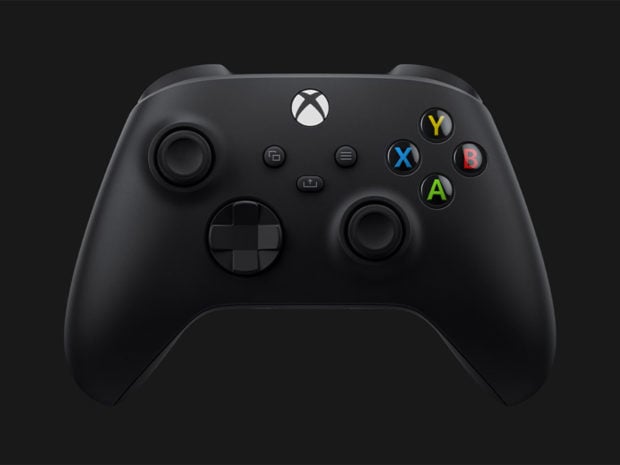 While there are some concerns that the COVID-19 crisis could delay the release of the next-gen game systems, Microsoft is currently committed to delivering the first Xbox Series X consoles in November 2020. Now, Sony, show us what you’ve got!