Robocop ReAction Figures: I’d Buy These for a Dollar!

Toymaker Super7’s ReAction line of action figures is designed to capture the feel and style of 1970s and 1980s action figures from brands like Kenner and Mego. So in other words, don’t expect them to be screen-accurate or well-articulated. That’s the charm. If you dig those kind of retro figures, and loved the original RoboCop, then you’ll want to check out these ReAction figs.

First up, there’s RoboCop himself. The 3.75″ tall figure is done up in a shiny silver paint, with five points of articulation and an oversized pistol that most certainly won’t store inside of his leg. You can also get battle-damaged and glow-in-the-dark versions of RoboCop if that’s what you’re into. 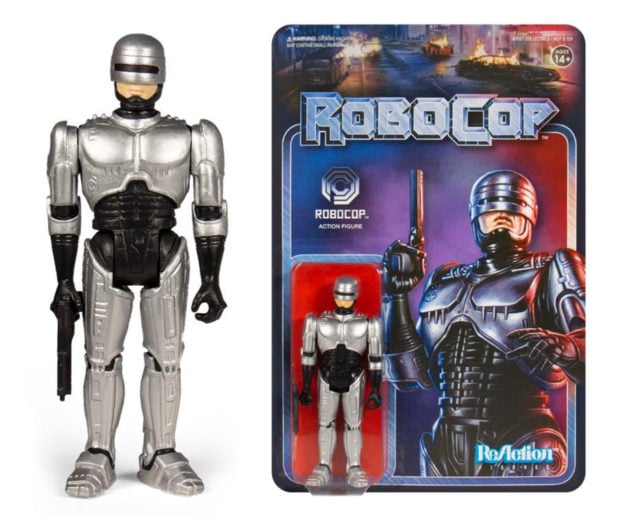 Next, we’ve got a figure of OCP’s famed ED-209 police robot, as he gives Mr. Kinney five seconds to comply. The 6″ tall bipedal robot has four, count-em, four points of articulation, and is guaranteed to fall down stairs. Kinney figure naturally has a bloody hole blown in his chest, arm, and leg. 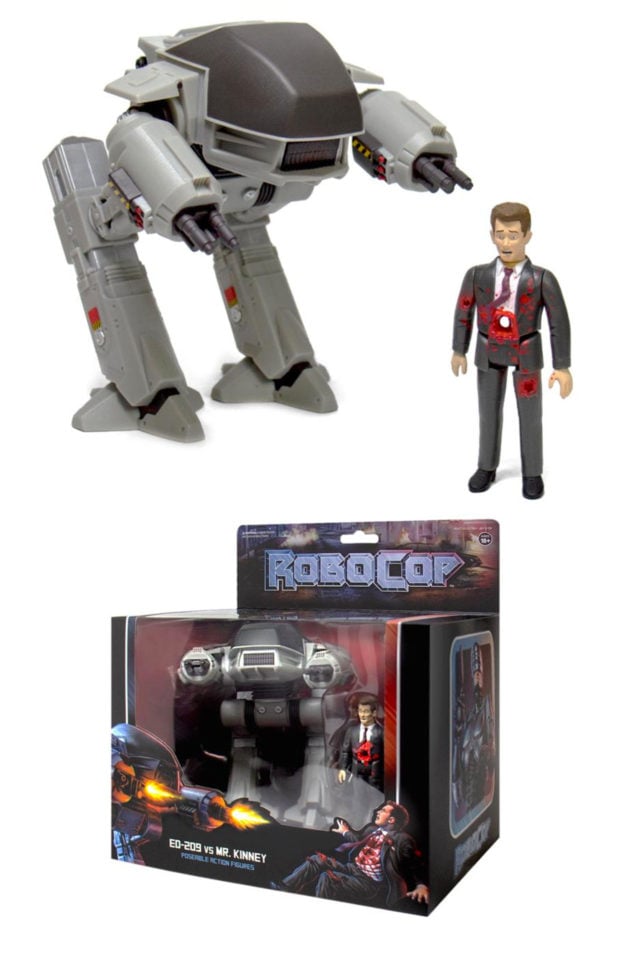 Last, but certainly not least is the figure of Emil Antonowsky, the bad guy henchman who managed to get himself dipped into a vat of toxic waste. Naturally, this is what he looks like before he got splattered all over the windshield by his boss. Fun fact: Did you know that Antonowsky was played by Paul McCrane, the same guy who played Dr. Romano on ER? You know, the guy who gets his arm chopped off by a helicopter? It must be in his contract that he gets mutilated in every role. 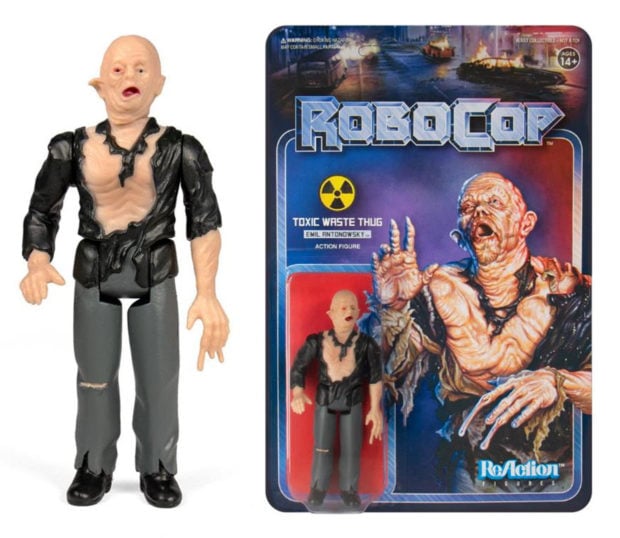 They also make a special glow-in-the dark edition of the so -called “Toxic Waste Thug.” All six RoboCop ReAction figures are available from Big Bad Toy Store, with prices ranging from $14.99 to $34.99.