Since I’ve mostly been using a laptop, an iPad and an iMac, it’s been a while since I had a computer with an upgradeable graphics card. But back in the day, I was constantly gunning for the latest and greatest graphics processors to play games like Quake II and Duke Nukem 3D at the fastest frame rate possible. While today’s GPU cards are all made pretty much running Nvidia or AMD chipsets, there was a time when 3Dfx was the king of the hill. Fans of the brand’s graphic cards will love this user-submitted design that turned up on the LEGO Ideas website. 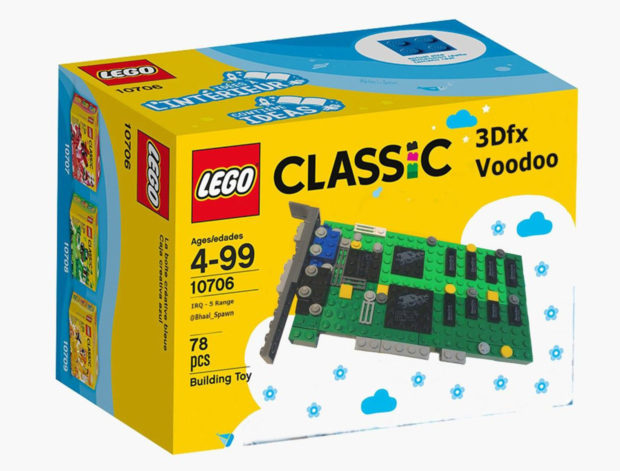 The idea was submitted by Bhaal_Spawn, and it’s inspired by 3dfx’ flagship Voodoo graphics card, which reached the height of popularity back in 1996. If you wanted the fastest graphics money could buy, you got a Voodoo card, or a Voodoo2 when it came out. Oooh, just think about those 8 Megabytes of memory running at 90 Mhz and amazing 800 x 600 resolution graphics! 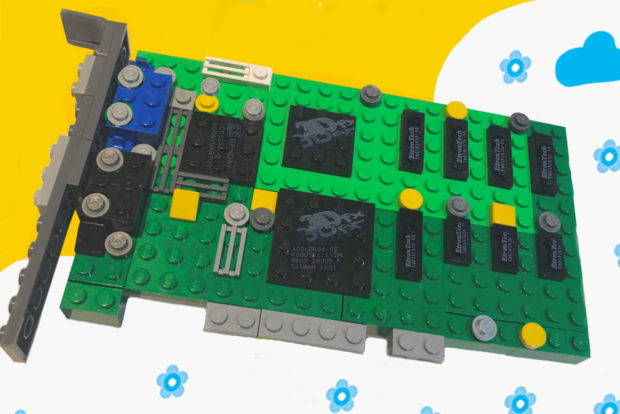 As cool as the design is, I’m not sure if LEGO could get the licensing rights to the 3Dfx artwork for the chips, since the brand is now defunct. That said, Nvidia actually bought what was left of the company in the early 2000s, so there’s still hope. The good news is that the design actually looks like it would be pretty easy to replicate if you wanted to build your own. If you think LEGO should sell the 3Dfx Voodoo card as an official kit, you can show your support over on LEGO Ideas.