If you have a toaster sitting on your kitchen counter, there’s about a 99.999% chance that it toasts some kind of bread. But if you’re in the other 0.001%, your toaster prints recipes for other meals which may or may not include bread. The Recipe of the Day Toaster does just that. 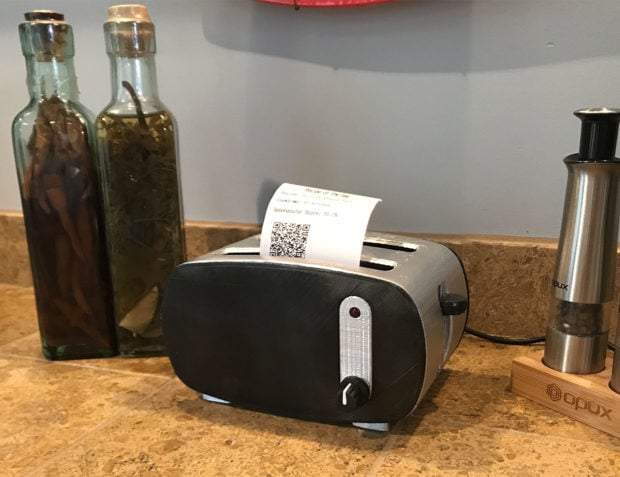 Instructables contributor Sunyecz22 put together this fun kitchen appliance after he got his hands on an Adafruit mini thermal printer, and wanted to do a fun project using the gadget. Using a Raspberry Pi for its brains, he programmed the system to download random recipes from the internet. He then wrapped up the barebones printer and circuitry inside of a 3D-printed enclosure that looks just like a miniature toaster. With a push of its handle, the toaster gets to work printing out the name of a recipe, its cooking time, and a QR code for viewing the full recipe with his phone.

He wrote Python code to connect to the Spoonacular.com API, which provides links to recipes in their database of over 360,000 recipes. Of course he could have programmed it to print out the full recipe, but I guess that would use more paper. If you want to build your own recipe toaster, you can find the full instructions, 3D print files, and Python scripts over on Instructables.