The currency of choice in the Mushroom Kingdom is the Gold Coin. But here in the real world, it’s pretty rare that you’ll come across coins made out of anything besides nickel, zinc, copper, or if you’re really lucky, silver. Sure, gold coins used to be common currency, but now, our coins don’t have much in the way of actual value unless you save up a whole lot of them. For Nintendo fans, this Super Mario coin bank could be a good start for your coin collection. 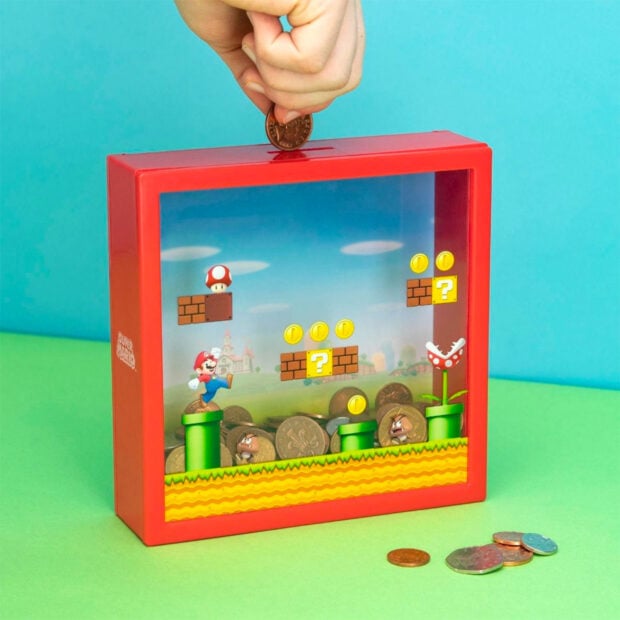 This small-ish piggy bank has a 3D layered effect that makes it look like your coins are dropping in-between some of the pipes, bricks, and question mark blocks from a Super Mario Bros. game level. Measuring in at just 7″ square, it’s not going to hold enough coins to purchase a new Nintendo Switch, but it might be good for collecting laundry money.

You can pre-order the Super Mario Coin Bank over at Big Bad Toy Store for $19.99, where it’s expected in stock sometime this month. I wonder if Mario or Luigi ever tried to use Koopa shells to pay for things. I know that puka shells were used as currency many years ago, so why not Koopa shells?