If you love the retro look of pixel art, check out this little desktop accessory that not only can display custom pixel art, but can play music and work as an alarm clock, among other things. The Divoom Ditoo looks like a tiny all-in-one computer, and displays colorful animations on its tiny screen. 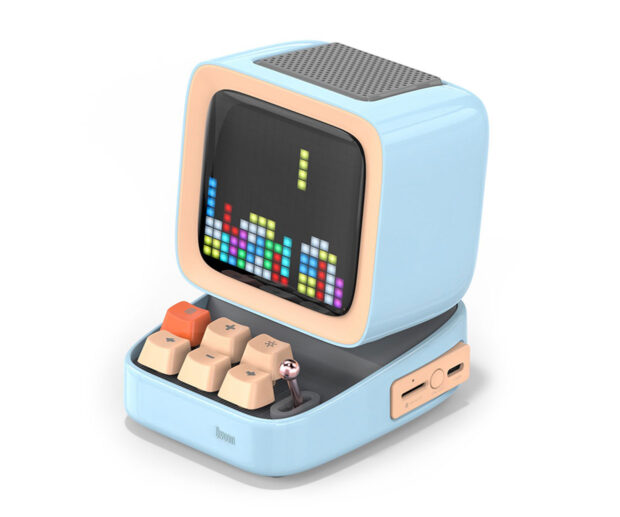 The Ditoo works in concert with a companion mobile app to load up over 1000 different pixel art images and animations from an online pixel art community. Its 16 x 16 dot matrix display can display 16 million different colors at each of its pixels, and can also be used to do things like show social media alerts, or display the time or weather forecast, each triggered via the mobile app. It can even play primitive games like Snake, Tetris, and Breakout on its tiny LED screen. Its built-in Bluetooth speaker isn’t exactly huge, but it does offer 10 watts of amplification, and the reviews on Amazon say that it actually sounds pretty good for its size. It can also play MP3 files loaded from a TF card (up to 64GB.) 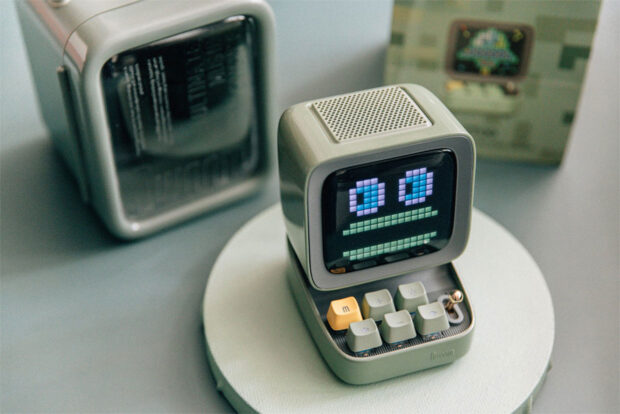 It really does look like a miniature computer, though it only has six keys on its mechanical keyboard, and its joystick only moves on one axis. Measuring in at 3.54″ x 4.48″ x 4.77″, it’s actually small enough to put in the palm of your hand. 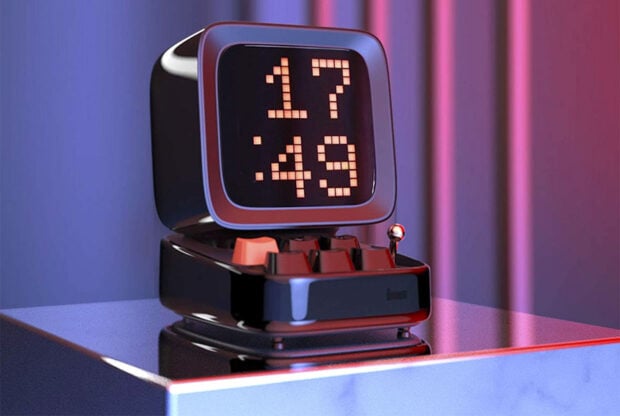 The video below from :3ildcat shows the Divoom Ditoo in action, along with some demonstrations of its audio quality and volume compared to some other small speakers.

You can grab a Divoom Ditoo pixel art speaker over on Amazon for $79.90. It’s available in five different colors: black, white, green, blue, and pink.