This Device Can Synthesize Any Flavor on Your Tongue: Taste the Rainbow

Back in the 1990s a team of engineers created a device called the iSmell. This unusual gadget used scent cartridges to simulate a wide variety of aromas, which could be triggered through computer code. The iSmell ultimately failed due to lack of market interest, but I always thought the idea that you could create anything from the smell of hot chocolate to pepperoni pizza just by mixing chemicals was pretty fascinating. Now a scientist in Japan has developed a similar technology, though this one simulates flavors rather than scents. 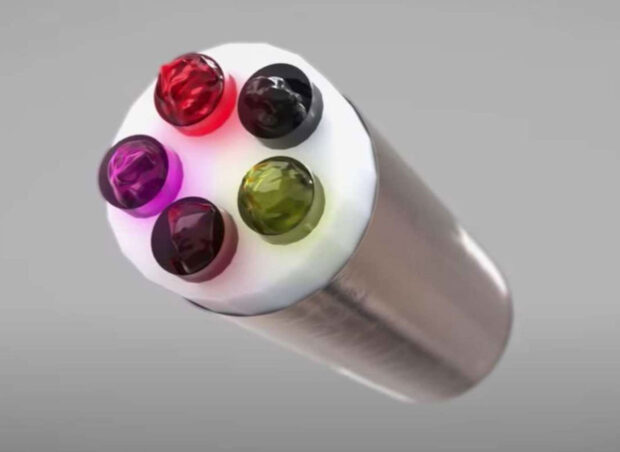 Homei Miyashita of Meiji University’s Miyashita Laboratory created this novel device that he calls a “taste display.” It uses a set of five electrolytic flavor gels which are electrically stimulated to produce taste sensations on its user’s tongue. The process of electrophoresis is used to subtractively adjust the amount of sweet (glycine), salty (sodium chloride), bitter (magnesium chloride), acidic (citric acid) and umami (glutamic sodium) flavors which are released. Theoretically, these five base flavors could replicate just about any flavor you’d like, and the system has already been used to simulate flavors ranging from sushi to gummy candies.

Now, taste alone isn’t enough to truly experience flavor, as our sense of smell is also a big part of that mechanism. Perhaps they could dust off the old plans for the iSmell and combine them, then sell this as some kind of gadget for dieting.

You can read the full research paper about the taste display in the Association for Computing Machinery’s digital library.