When it comes to retro gaming systems, SEGA made some of my favorites, including the Master System, Genesis, and Dreamcast. Long before modern mobile devices, the Japanese video game company created one of the first full-color handhelds, the SEGA Game Gear. The portable arrived back in 1990, and played 8-bit games that were often inspired by the 16-bit titles that came to the Genesis.

The original system is pretty easy to come by on eBay these days, but if you want something different, check out these new collectibles coming from SEGA to celebrate the 30th anniversary of the handheld. 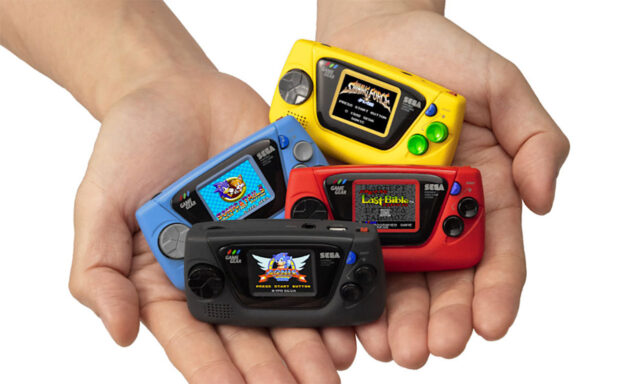 The Game Gear Micro is a ridiculously small, fully-playable version of the classic handheld. It measures in at just 3.1″w x 1.7″h x 0.8″d, and has a diminutive 1.15″ diagonal color LCD screen. That’s roughly 40% of the size of the original. It runs on two AAA batteries or via USB power, and has a tiny mono speaker as well as a headphone jack for listening in stereo.

Unlike the original Game Gear, it doesn’t take cartridges. Instead, each of the four available colors will come preloaded with four games. That’s a bit of a bummer since portables like the @Games Genesis handheld came packed with 80 games.

Here’s a list of titles that each Game Gear Micro will come with:

Since the screen on the Game Gear Micro is so teensy, SEGA is also making an accessory called the “Big Window,” which is basically a fresnel magnifier that sits atop the device so you can actually see what you’re doing. It’s not the prettiest add-on, but I guess it gets the trick done. 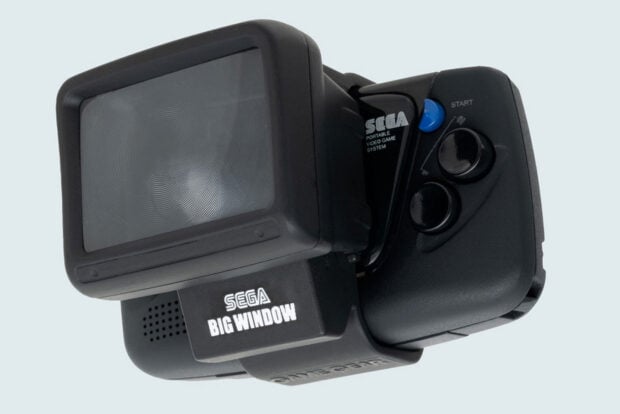 The Game Gear Micro will ship starting on October 6, 2020 in Japan, and you can find purchase links on SEGA’s website. The tiny handhelds are priced at ¥4,980 (~$46 USD) each, and you’ll get the Big Window magnifier if you buy all four colors. There’s also a ¥28,512 (~$261 USD) super special edition that includes a fifth Game Gear Micro in a see-through smoke color, along with a display frame. I’m guessing these things will become quite collectible, so you’ll want to place your order as soon as you can. 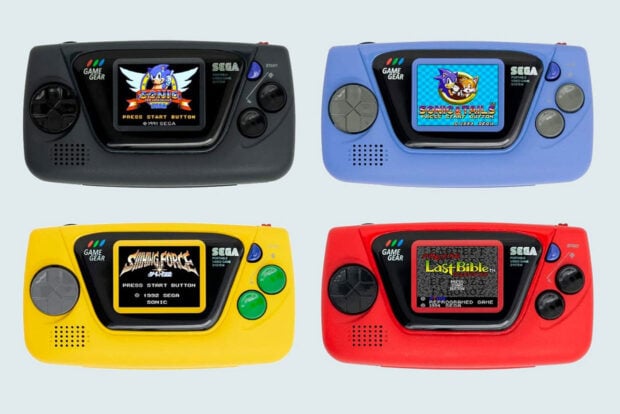 [via The Sixth Axis]