The Batmobile has been in the news recently with the reveal of the version that’s expected to appear in Matt Reeves’ upcoming Batman movie. While Batman’s new sled looks like a muscle car on steroids, previous versions were much more based in fantasy. Each reboot of DC’s superhero franchise results in a new Batmobile, and one of my favorites is the variant that Anton Furst designed for Tim Burton’s 1989 Batman.

If you love Burton’s Batmobile, and also like fancy shiny things, then check out this slick crystal version made by Swarovski. 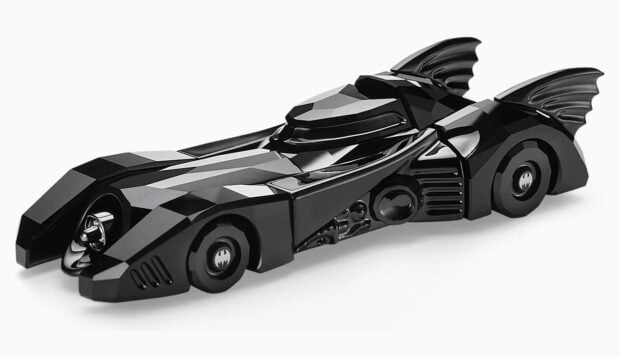 The jet black crystal Batmobile measures just under 6″ long, and features a cool mix of low-poly facets along with key design elements from Michael Keaton’s iconic ride. Up front is that big turbine air intake, while those cape-inspired bat wings round out the Batmobile’s rear end. Now that I understand vehicle aerodynamics more than I did back in ’89, I don’t know why you’d want those things instead of a horizontal spoiler though. With all that thrust, you’d want all the downforce you could get. And it’s not like Bruce Wayne couldn’t afford the most expert vehicle engineers to tell him this. But I digress. 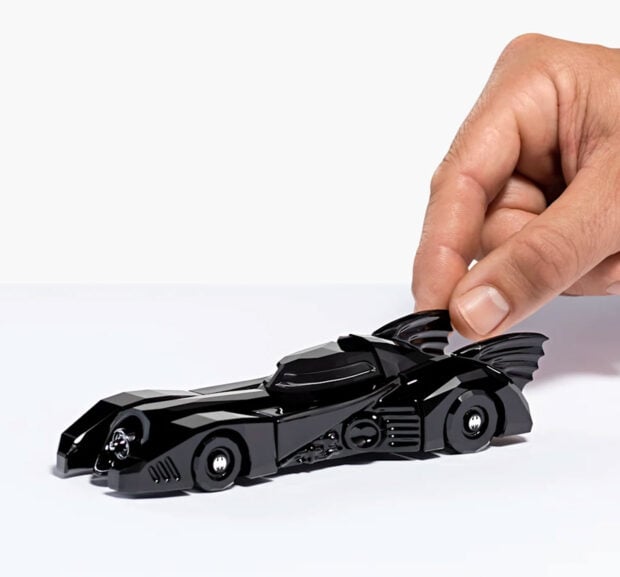 In all there are 473 facets on the crystal sculpture, which would look amazing in any serious Batfan’s collection. You can purchase this wonderful crystal Batmobile for $599 – which seems like a lot of coin until you realize that Swarovski maskes a far more sparkly version of the Batmobile that sells for a whopping $11,500. 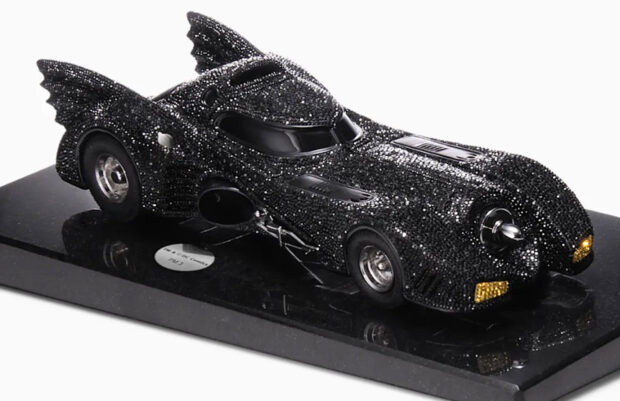