It’s like 90ºF and 80% humidity here in Chicago this week, so the idea of sipping a hot beverage doesn’t have much appeal to me at the moment. But when the weather inevitably cools off, there’s nothing quite as satisfying as a nice cup of hot cocoa, along with a bunch of mini marshmallows floating on top. Of course, you’d be in for a rude awakening if those marshmallows had pins on their ends and poked holes in your tongue and esophagus. So you might not want to put this fake cup of hot chocolate and pushpin marshmallows where you might normally reach to take a sip. 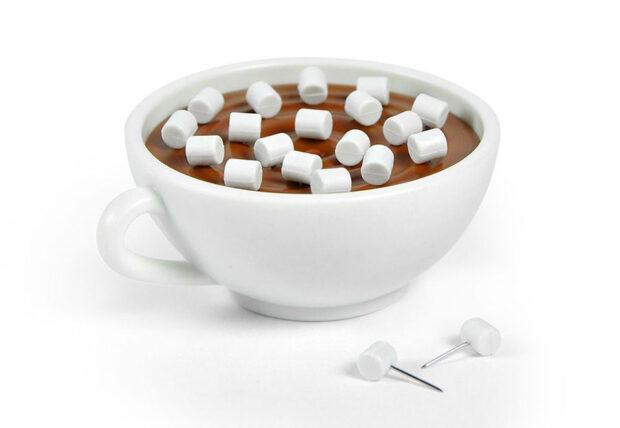 Fred’s whimsical Marsh Memos set comes with 20 marshmallow-shaped push pins, along with a cup of non-drinkable hot chocolate for you to store them in. They’re adorable, but definitely not kid friendly, so don’t leave them lying around where junior might try to chomp on them. Being made from rubber with pointy metal spikes on their ends, they definitely don’t taste good. The least they could do is make the drink part smell like chocolate and the marshmallow pins smell like vanilla. Oh well, that’s a missed opportunity. 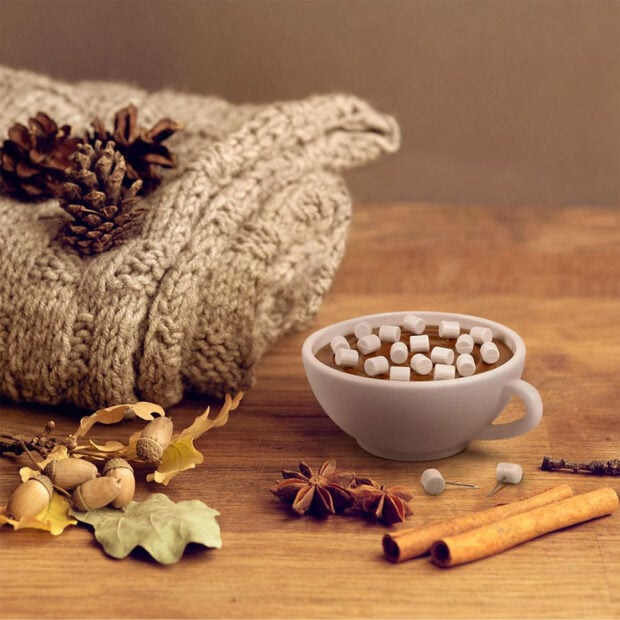 If you can avoid the temptation of trying to drink the cocoa or eat the marshmallows, the Marsh Memos set is available now from Perpetual Kid for $9.99, which is probably about what you’ll pay for a Venti hot cocoa at Starbucks these days. 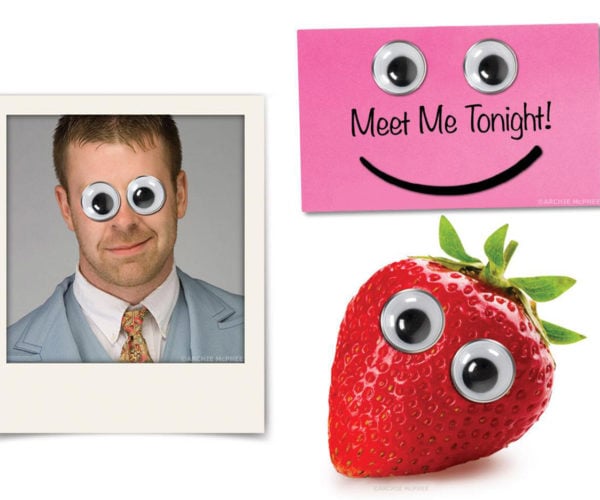