From our smartphones to our laptops to our cars to our kitchen appliances, touchscreens have turned up just about everywhere. But touchscreens are generally limited to flat, squared-off surfaces. Now, a team of engineers at the UK’s University of Bristol are demonstrating a technology that could enable touch-based interfaces on all kinds of surfaces. 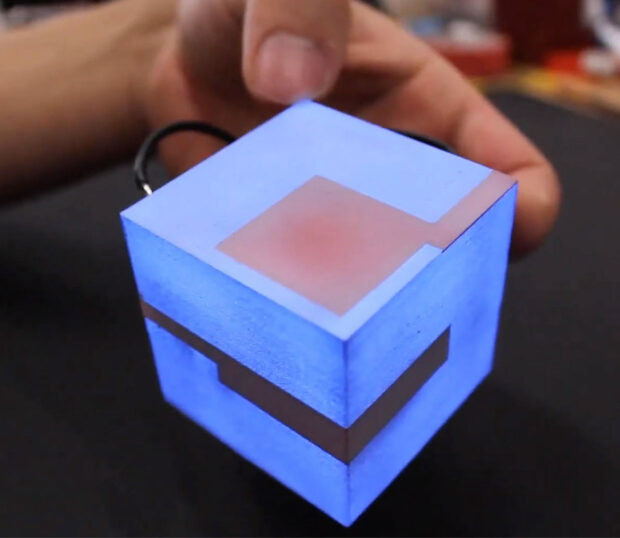 The technique, known as “ProtoSpray” allows for the creation of illuminated surfaces and touch sensors on three-dimensional shapes. The method uses a combination of multi-material 3D printing and a spray-on coating to add lighting and touch-sensitive interfaces to all kinds of shapes. By embedding electrodes into the 3D printed object, then spraying on an electroluminescent material, ProtoSprayed objects can both light up, and sense touch inputs. The electrodes are designed to both power the electroluminescence, and act as capacitive input sensors.

There’s more information about the process available in the team’s paper, which can be found here. If you’re interested in experimenting with ProtoSpray objects for yourself, they’ve also posted an Instructables project, which focuses primarily on the devices’ electroluminescent properties, rather than touch sensitivity. 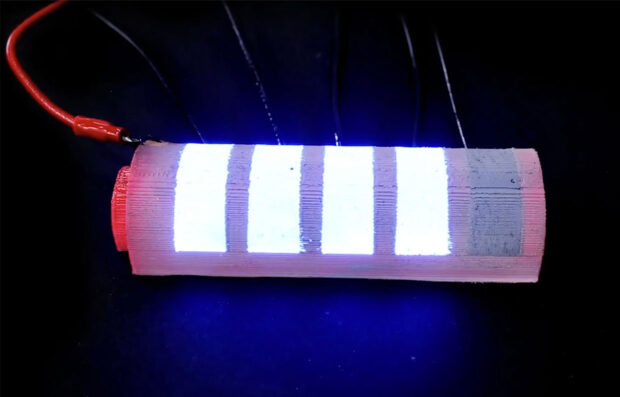