Like many of you, I love to play retro arcade games. I even have a custom built MAME cabinet in my basement for when I’m craving a little game of Pac-Man, Dig Dug, or Donkey Kong. But what I don’t have is a good way to play these classic games on the go. I could run emulators on my laptop, or maybe pick up one of the numerous Android-based handhelds out there, but if you’re looking for something small enough to throw in your pocket, then check this out. 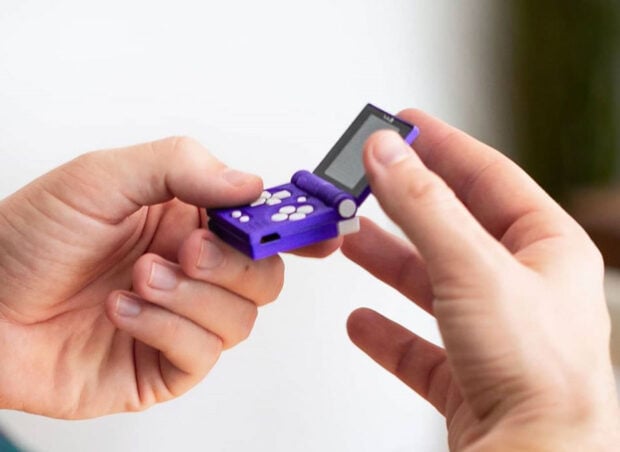 The FunKey S is a teensy gaming system that’s small enough to fit onto your keychain, yet it’s capable of playing all kinds of retro games thanks to a relatively zippy processor, and a custom Linux-based operating system optimized for gaming. The miniature game system uses Open Source emulation software to run games from the GameBoy (Classic, Color and Advance/SP), NES, SNES, Sega MasterSystem, GameGear, Sega Genesis, Atari Lynx, NeoGeoPocket, Wonderswan and even the Playstation 1. 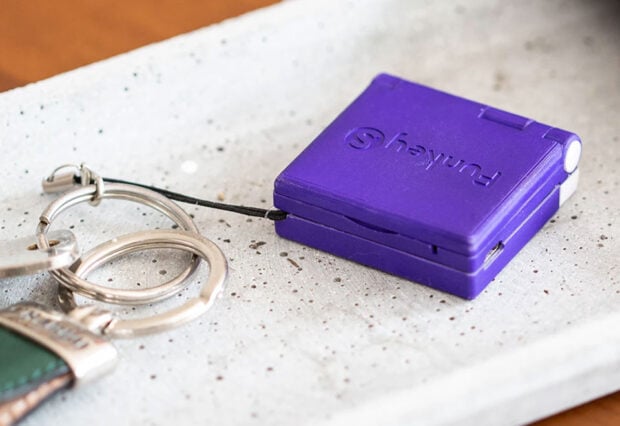 The handheld features a clamshell design inspired by the good old GameBoy Advance SP. It opens up to reveal a 1.54″ LCD screen and a gamepad style controller. It runs an ARM Cortex-A7 CPU @ 1.2 GHz, and loads games via its SD card slot. It supports memory cards up to 128GB, which should be enough for lots and lots of retro game ROMs. That brings me to the most critical point about this system – It’s makers say it comes with some games pre-loaded, but it doesn’t come with licensed games, so you’ll have to dig under whatever rocks are out there to scrounge up any new games you want to install.

Battery life is somewhere around 90 minutes on a 20 minute charge, but you can also play without time limits when plugged into a USB power source. Its emulation lets you adjust aspect ratios too, so you can play games in cropped, scaled, manually zoomed, or stretched to fill its tiny screen. 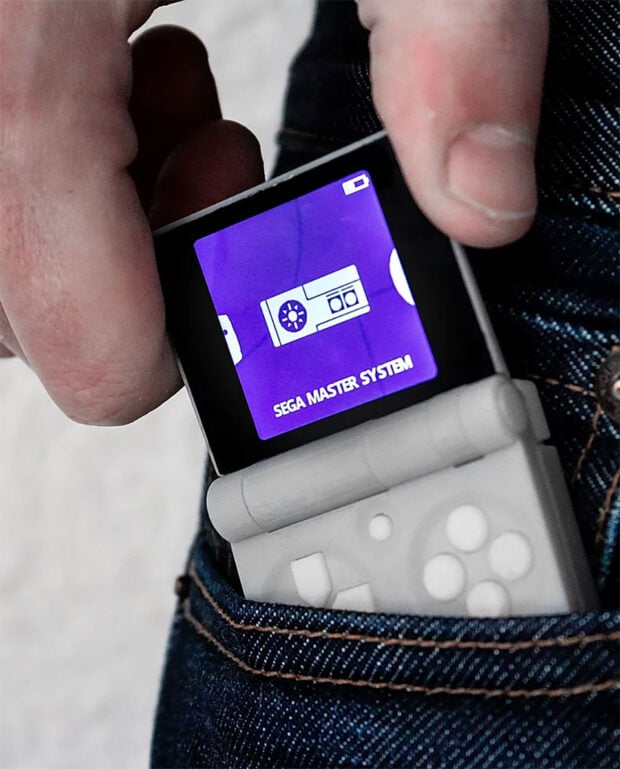 While it’s only a prototype in Retro Dodo’s review video below, the FunKey S looks like a pretty impressive little system, offering fast and faithful emulation – though the tiny 0.5 watt speaker sounds pretty crummy, and it doesn’t appear there’s a headphone jack.

The makers of the FunKey S are currently raising funds for production over on Kickstarter, where you can get in on the gaming action for as little as $71. They’re hoping to start shipping the first orders by November 2020, so hopefully you can get one in time for the holidays if you order now.