PinSwitch Turns Your Nintendo Switch into a Tiny Pinball Machine

One of the many things that’s cool about the Nintendo Switch is how people are coming up with creative ways to dock the handheld. Most of the docks I’ve seen keep the screen hidden. In this case, the dock turns the Switch into a tiny pinball machine instead. 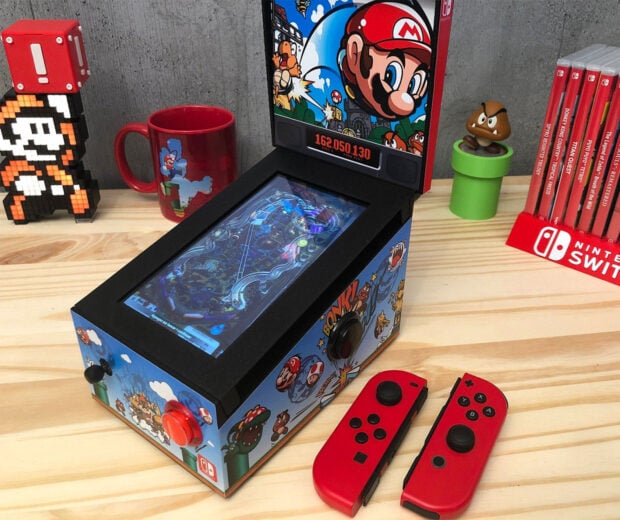 Created by Sakura RetroModding, the PinSwitch is a miniature replica of a pinball machine, where the screen of your Switch becomes the playfield.  It works in concert with the Zen Pinball game Pinball FX3, and has real arcade style flipper buttons, a launcher button, and a mini joystick for nudging. The tiny cabinet is made using 3D printed PLA, and covered with colorful decals with fun Nintendo art on them. It connects via the Switch’s USB-C port for zero-latency control, and holds the bezel in front of the handheld with mini neodymium magnets. 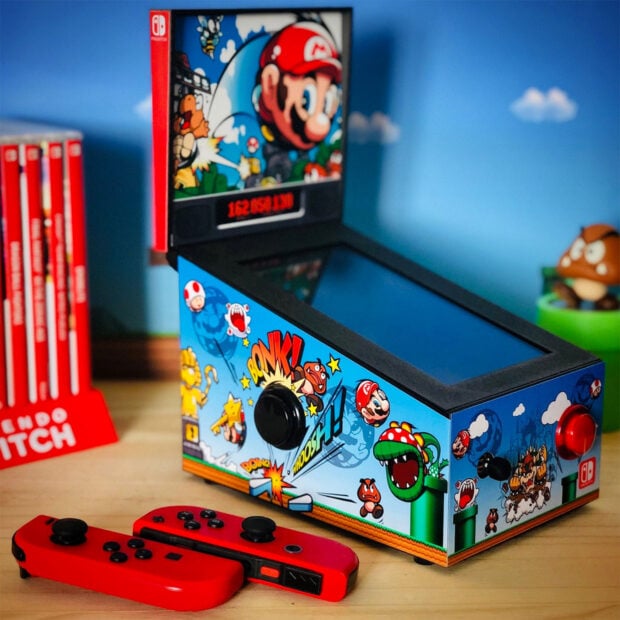 Check it out in action, and see how to set up the PinSwitch in the videos below.

Unfortunately, it doesn’t appear to provide a passthrough charging port, so you’ll be running entirely on battery power, but otherwise this looks like a really nifty accessory for pinball fans. If you’re interested, you can pre-order yours on Etsy for about $222. If you don’t want to spend that much, they’re also making a version without the backbox section and graphics for about $116. They’re expected to start shipping around the end of the month.