I love LEGO, and I love Nintendo games, so when I first heard the two companies were partnering up, I thought it could result in some really great collaborations. While the first LEGO Super Mario kits were definitely targeted to little kids, and not overgrown kids like me, their newly-announced set is definitely up my alley. 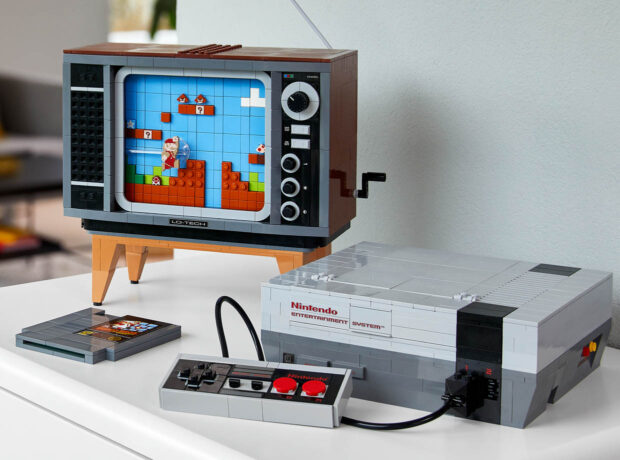 This brick-built replica of the classic Nintendo Entertainment System has a whopping 2,646 pieces, and sells for $229.99 – so it’s definitely not kid stuff. It’s not cheap, but on the other hand, it’s 100% awesome. The kit comes with four main components – the game console, a controller, a game cartridge, and the pièce de résistance, an old school CRT TV set which displays a level from Super Mario Bros., all constructed from LEGO blocks. 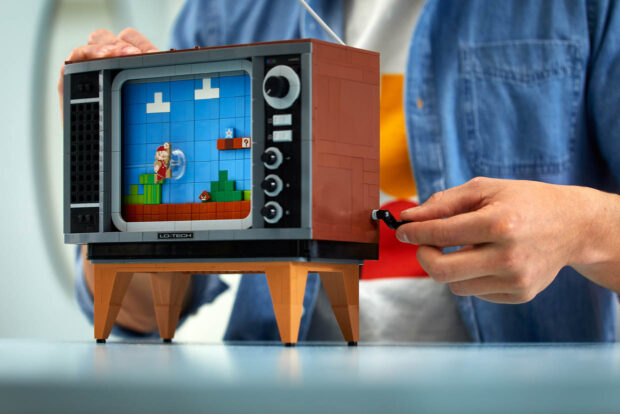 What makes the TV so special is that the game level actually scrolls from side to side when you turn the crank on the side of its faux wood cabinet. Not only that, the pixelated Mario sprite actually jumps over obstacles and punches power-ups as it moves through the level. Check it out in action:

As the video above shows, the kit also interacts with model of Mario from the LEGO Super Mario starter kit, adding classic game sound effects and music when you place him on top of the TV set. I’m wondering if LEGO and Nintendo will offer up additional game cartridges and scrolling screens at some point. If not, I’m certain that some serious LEGO fans out there will do that for themselves. 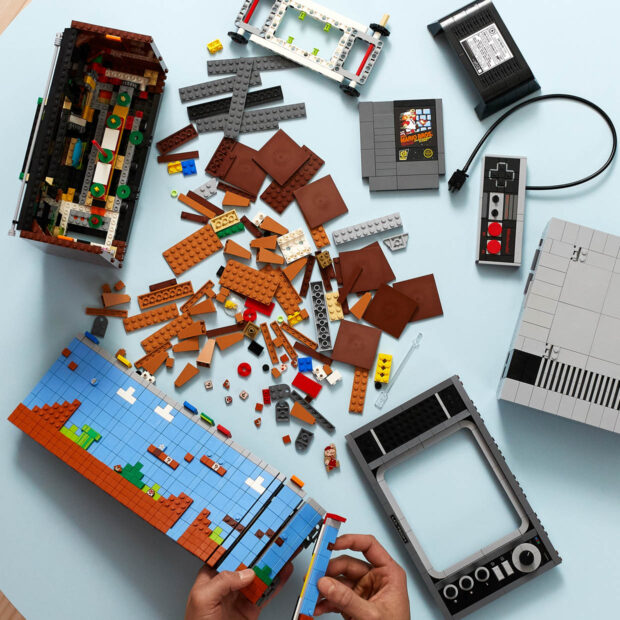 The LEGO Nintendo Entertainment System (set #71374) goes on sale on August 1, 2020 over on LEGO.com and other retailers for $229.99. I’d keep your eye out on the LEGO website to see if they offer any pre-order opportunities, as I think this one is going to be really popular once it’s released. 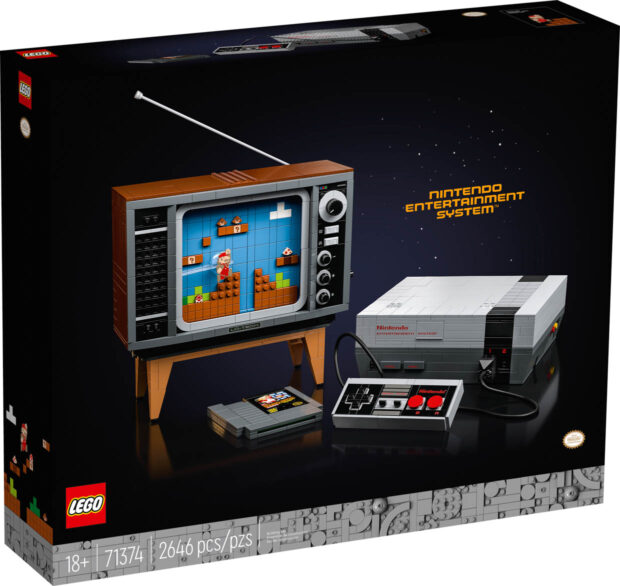