Those familiar red 7-segment LEDs are designed to each display an individual digit, or if you’re 8-year-old me, maybe to string together some letters, like “8008135” that I used to think was me being clever with my old Texas Instruments calculator. But it turns out that with the right parts and electronics skills, you can actually turn those 7-segment displays into a screen of sorts. 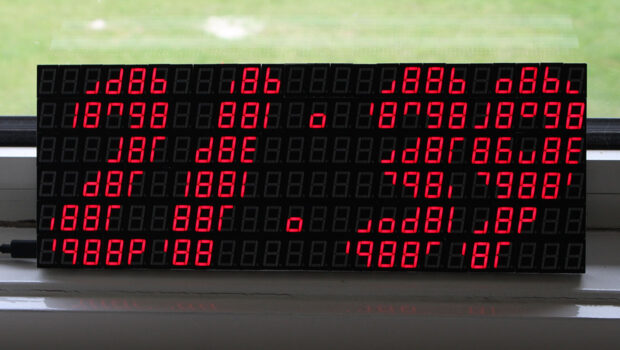 Electronics wizard Frugha built this cool looking LED display that uses an array of 144 individual 7-segment displays. They’ve been wired together and programmed to display a large digital clock face across multiple smaller displays. Each of the displays has 8 LED segments which can be individually controlled, resulting in a total of 1152 segments which can be used to create images. The display is controlled using an Arduino Nano and 18 MAX7219 LED driver chips. Since each segment can be independently addressed, it’s possible to display custom images on the segments. I’m assuming with a little tweaking, it might be possible to even display video using this method. 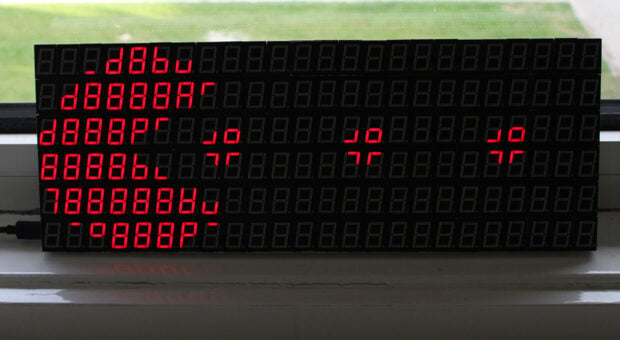 It’s a really slick idea, and one that’s already inspired at least one other builder to create their own version. John Bradnam took Frugha’s design and shrunk it down to roughly 25% of the size of the original. He also enhanced the source code to give it an alarm function, and added a configuration screen for setting the time, date, and alarm, and limited support for alternative display fonts.

If you’re interested in building one of these neat 7-segment clocks for yourself, you can check out Frugha’s build details on Instructables, and Bradnam’s version on Hackster.io. There’s also a good discussion thread over on HackADay with more ideas for enhancements. 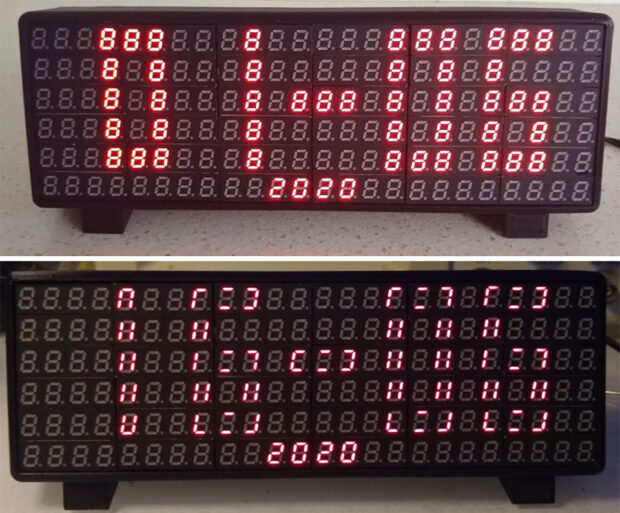 [via HackADay and Instructables]