I Wish This Retro PC Model Was an Official LEGO Kit

Something is appealing to me about the aesthetics of old personal computers from the ’80s and ’90s. I know they’re not streamlined or sleek like the stuff that Apple is churning out these days, but I liked that those old machines felt more purposeful in their design. Like, hey, this is a place to get work done. This is a piece of serious equipment. 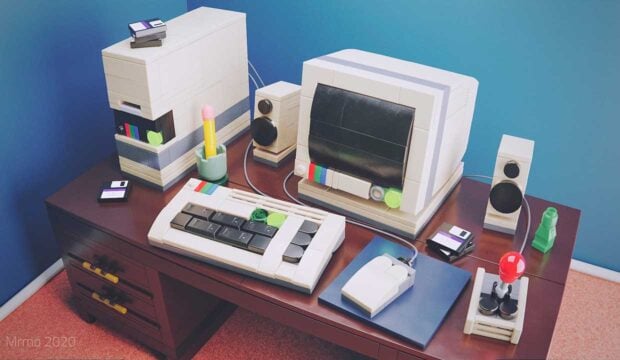 The setup incorporates a primitive beige PC keyboard, along with a chunky CRT monitor, a boxy workstation tower, a pair of matching speakers, and of course, a desk for it all to sit on. There are lots of other neat details, like a LEGO mouse and joystick, along with tiny 3.5″ floppy disks, which are sadly not available as official LEGO parts at this time.

While I’d love to see this turned into an official LEGO kit at some point, the current design is actually a photorealistic CG rendering made with Mecabricks and Blender. Now I’m even more impressed because that seems like way more work than actually building this out of LEGO parts.

[via r/MOC via Brothers Brick]